Watch Dogs Movie in the Works from Sony, Ubisoft

While game movie tie-ins are usually quite naff, at Gamescom, Sony and Ubisoft have announced a Watch Dogs movie that could actually be quite good. 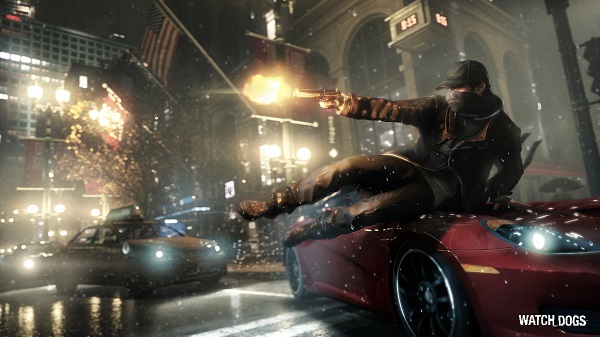 It’s a well known fact that movie tie-ins, be it of video games or even of books, are rarely any good. Movie developers love to deviate from the source material of a tie-in, much to fans’ dismay, with characters and entire storylines being thrown out of the window for sake of making a quicker and more ‘movie-worthy’ buck. Most notable of these tie-in disasters is Prince of Persia, which, also being a Ubisoft title, caught plenty of flack when the movie featured the titular Prince being played by Jake Gyllenhaal who didn’t seem to fit the original description. However, Ubi are trying their hand at game-related movies again, and, in an attempt to make their past misdoings right, Ubisoft will be working with Sony to make a Watch Dogs movie.

Of course, Watch Dogs isn’t even out yet (it’s set to make its debut on current and next-gen consoles this November) but its story, which centres around hacker Aiden Pearce as he inflicts his own brand of cybercrime onto the city of Chicago, is already proving to be quite popular. The partnership to bring the Watch Dogs movie to life, between Sony, New Regency and Ubisoft, was announced during Sony’s Gamescom presser, suggesting that Sony have enough faith in this film to devote an entire section of its marketing efforts to it.

Little is known on the plot of the Watch Dogs film but Jean-Julien Baronnet, the chief executive officer of Ubisoft Motion Pictures say that “[they are] confident [that they] can deliver a movie that builds upon the excitement that the game is already generating” suggesting that the movie will either feature Aiden himself, or at least borrow from the game of Watch Dogs quite a lot. We also know that the hacking featuring in Aiden’s smallscreen adventure will be kept intact for the its bigscreen outing as Hannah Minghella, the president of production for Columbia Pictures says that “The themes and open gameplay of Watch Dogs lends itself perfectly to the big screen. The game has intense action and adventure, but the story focuses on information and the control of information, which [the movie production team] think will lead to an exciting thriller.” which bodes well for fans of the series.