The Sony PS3 game console is probably the best designed Video game product ever. Along with the Sony Playstation 3 fans imagination and creativity, it is also the best looking console within the the 3 main competitors. Right here is the Ultimate Sony PS3 Mods and Design Collection showing the game console in a different color, shape and form. 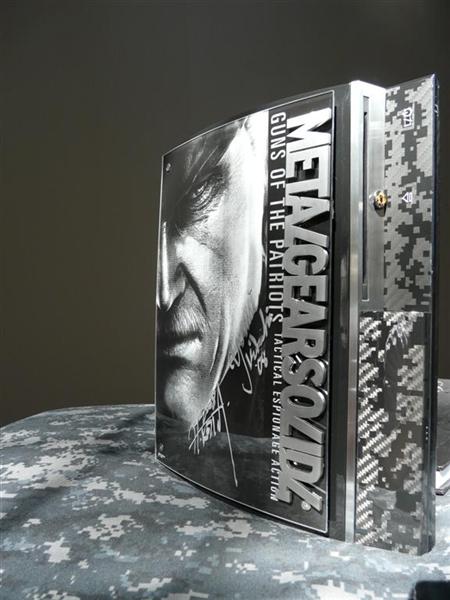 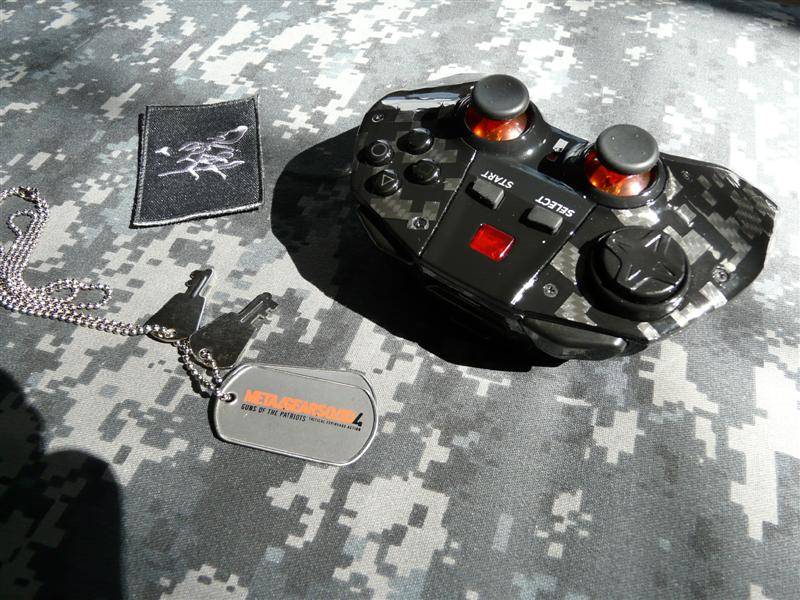 This amazing Charity based Metal Gear Solid 4 seen at PS3Fanboy can actually cause a Heart Attack to Snake’s fans. With the front and back custom made including special signatures by the creators, it is one collectible item. The controller is also custom made, making it an amazing artifact. 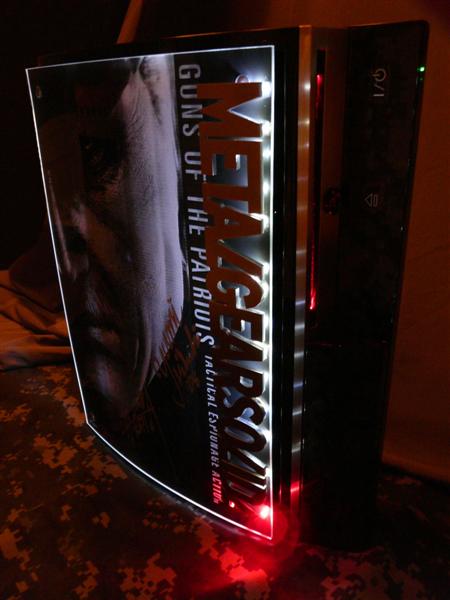 Would you actually play this thing or keep it locked up? 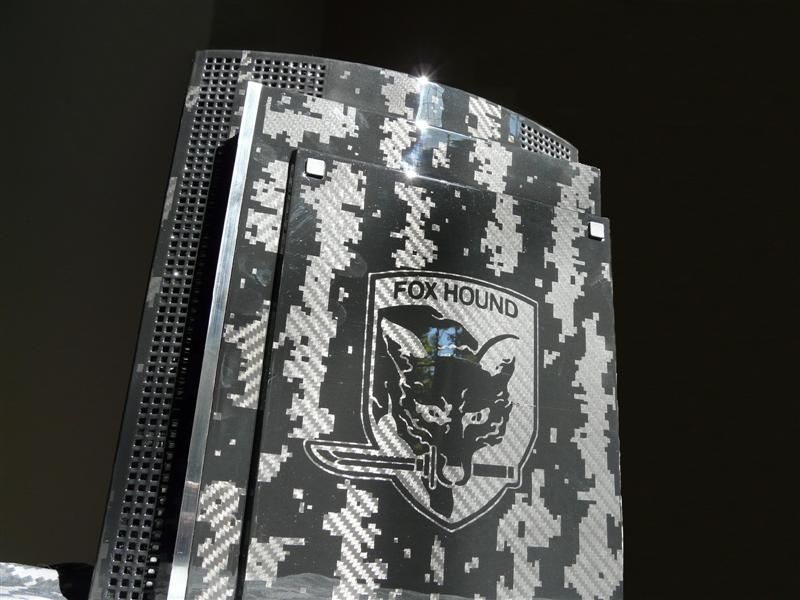 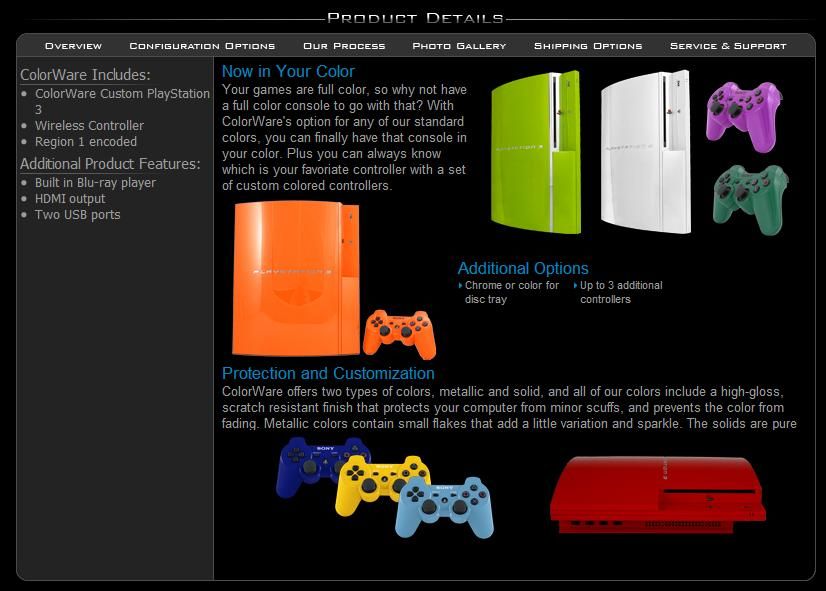 Think you have an imaginative mind? Do you want a personal PS3 game console that shows your character and spirit? Colorware let you paint the Playstation 3 from the enormous game console down to the actual controllers. Now that is personalization. 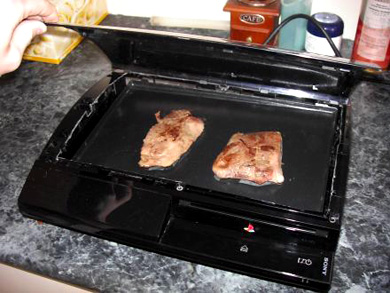 A weird but totally desireable comboination of a George Foreman Grill and a Playstation 3. Seen at 2DayBlog, this PS3 was made into a functional grill but leaves out the gaming experience. It would be a lot cheaper and less painful if they just went out and bought a grill instead of bringing the demise of the PS3 game console. 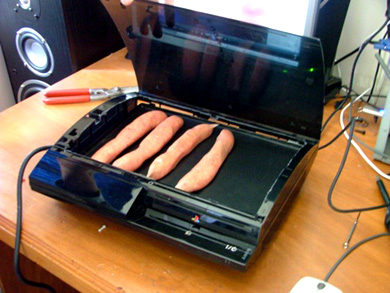 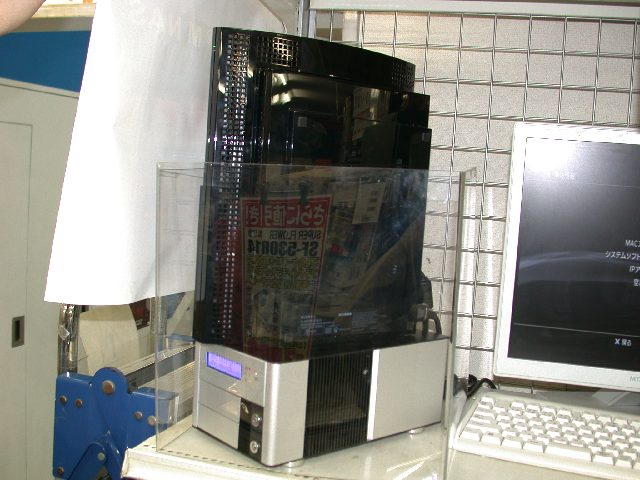 I guess someone didn’t think 40, 60, or 80GB are enough storage and submitted this huge Hard Drive storage mod to PS3Mods.Blogspot to show off. Ok, so now you have the storage, when are we going to play? 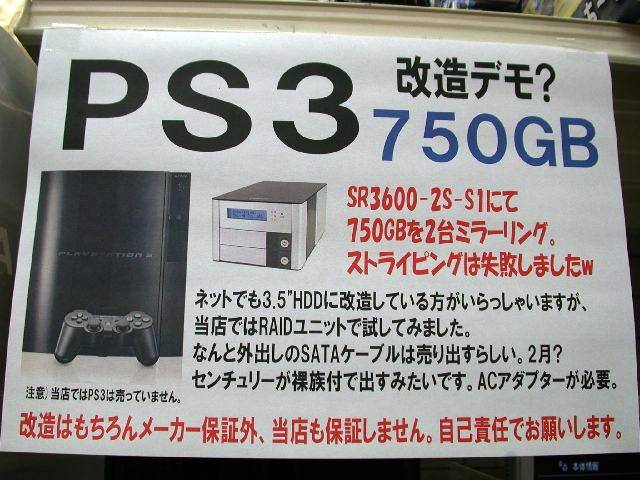 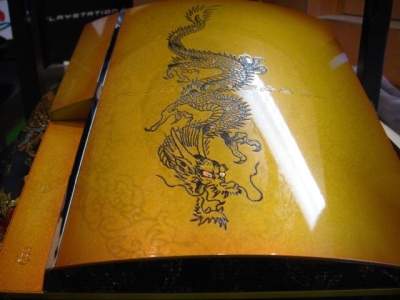 Celebrities don’t only get perks in clothing, food and mass cash, but they receive specially designed Playstation 3 consoles also. What is it, they do not have enough money to buy one, all they need to do is ask? Did they even say please? 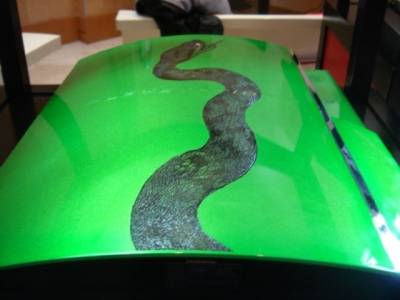 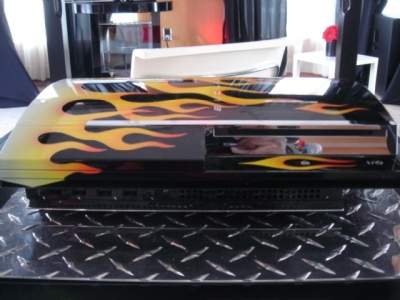 Gamestyle showed us a few of these PS3 babies as a simple example of how nice it could be…hmmm. 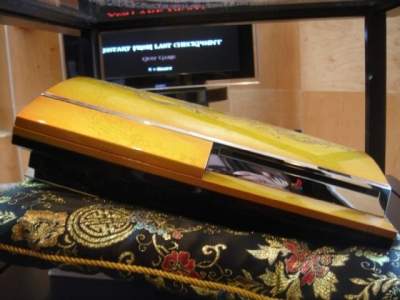 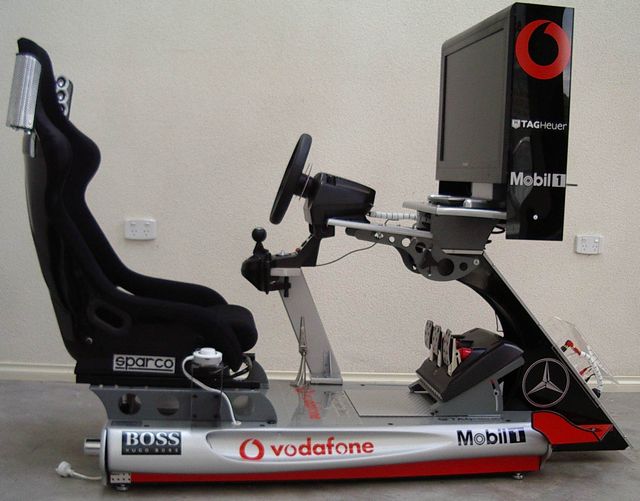 Gimme th keys, I’m driving! This would be an absolute rush to drive and fly using the Playstation 3 platform. Driving in Gran Turismo or flying through the sky would be given a whole new feel using this Cockpit simulator from Simworks 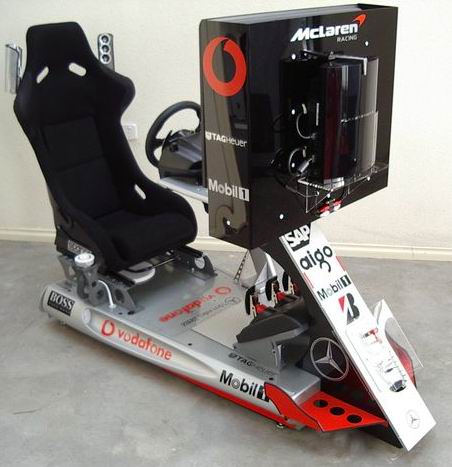 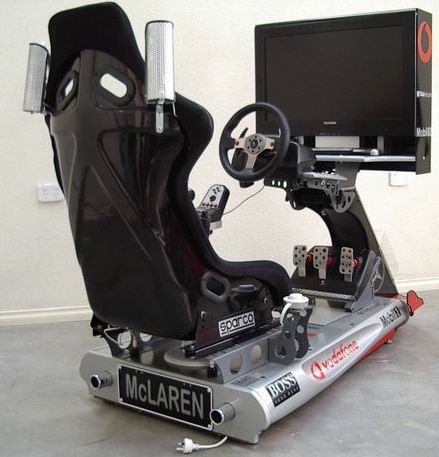 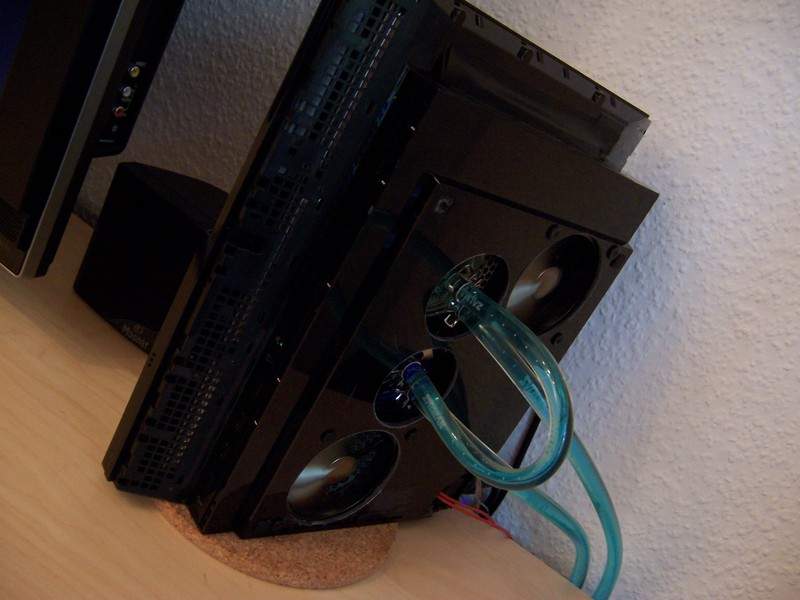 After hours of playing, the PS3 needs some additional way to cool itself down. Since it is hard for us to let it rest, bp3blogger presented this water cooled system, so the console will get a little extra help in its lungs. 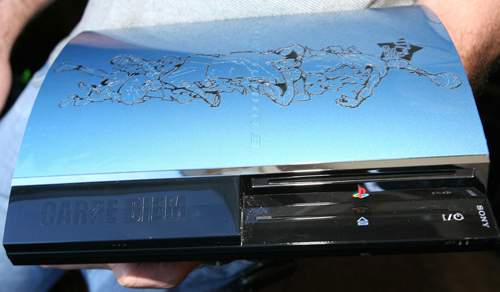 Just like the rest of the celebrities, this player receives his own Playstation 3 console, and the pictures were found at KB24Forums. 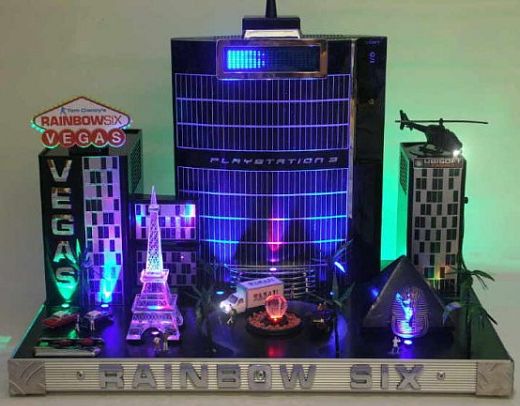 This great remale of Rainbow Six Playstation 3 was found at Technabob with all its glory and concept. It is a sight to the eyes, making it an ultimate part of this PS3 Mod collection. 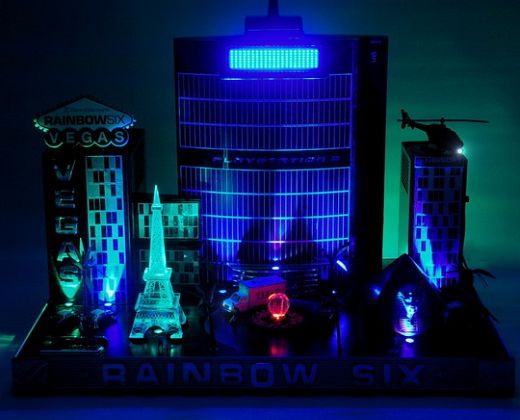 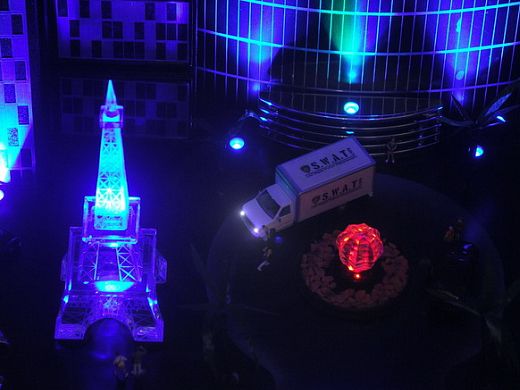 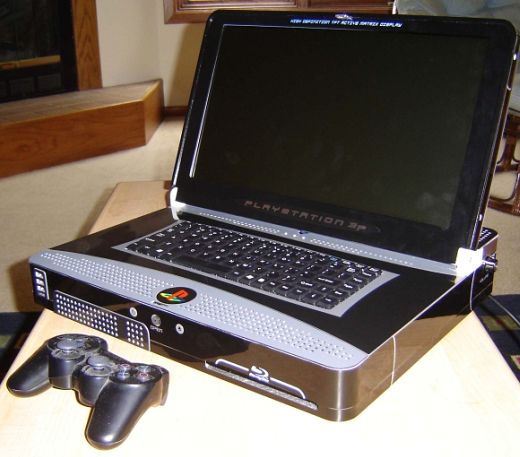 The PS3 Laptop was built by Modding extordinaire Ben Heck for Engadget and was later auctioned with funds given to charity. As stated, it is a combination of a Laptop and a Playstation 3 game console for the ultimate machine for mobile gaming. At a hefty 16 pounds, it sports a 17 inch monitor and all the fixings we could not do without. 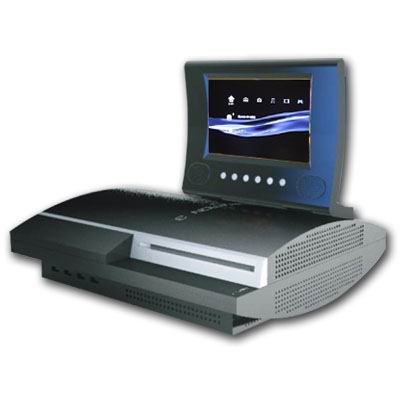 Simple, yet desired. The PS3 mod here is just an addition of a miniature screen to connect to the original game console.