We’ve seen Sackboys, we’ve seen Sackgirls, but now we’re seeing sack-turtles…That’s right, those mean, green fighting machines have now been made into Sackboys. It’s fun to see how creative people are getting with the Sackboys. First they made Sackboy Hats for him, later they showed  What Sackboy is Made of to show the inside workings, now the trend seems to be moving towards Sackboy Action Figures and even Spock Sackboy. Now the Sackboy has been caught in some toxic ooze and mutated into the Teenage Mutant Ninja Sack-Turtles! LittleBigPlanet predict that the Teenage Mutant Ninja Turtles level pack has about a 11% chance of actually being released, but if they are, they will look like this: 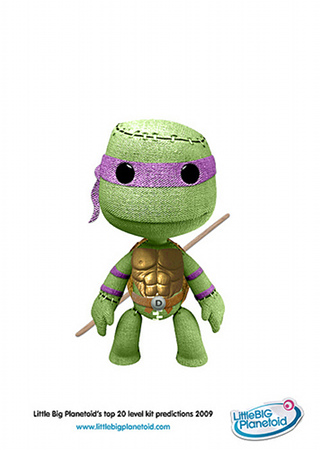 Pretty Awesome isnt’ it? Complete with armor, bo-staff and everything!!!

Before LBP actually releases them though, a bunch of people have actually started making them by themselves.

Here is Leonardo complete with swords and everything 🙂 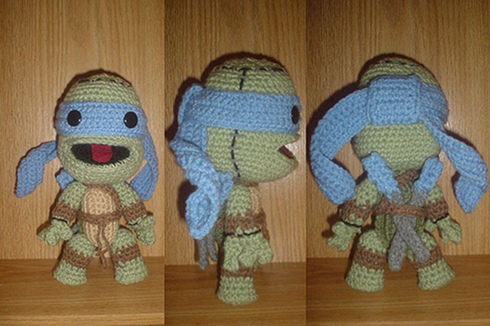 The head looks a bit like Pacman, but otherwise it’s pretty cool!