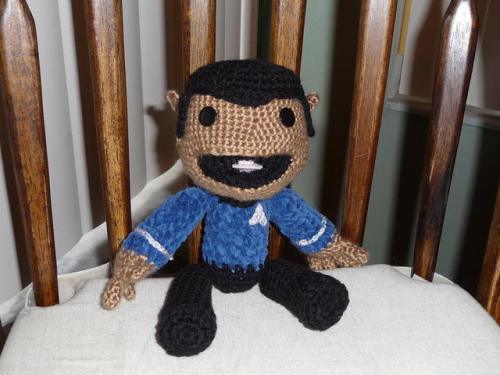 Sackboy crochet dolls come and go, but this has to be the geekiest one of them all and would make Star Trek fans drool…especially Spock fans.People who have wondered about the Martian lineage Spock from Star Trek might find it funny to see a Sackboy version of him. We found some cool Mr. Spock Sackboy dolls (Thank you to Maggie Wang for the images) that seem to have a conversation with the kitty in the picture. 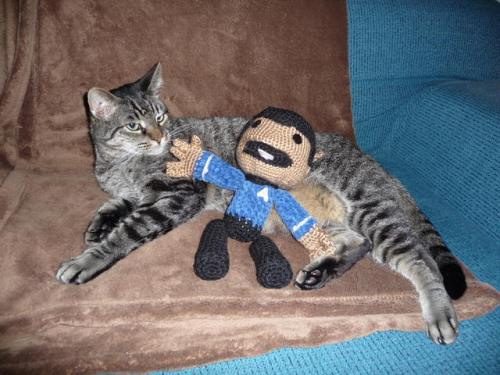 If you could ruminate for a while, you would see the satanic link between Mr. Spock Sackboy and the grim striped cat sprawled on the couch. It is said that gray striped cats are more evil than the black ones, which are usually and unfortunately blamed for the entire evil in the world. The kitty here certainly seems like it knows much more than the Sackboy next to him. 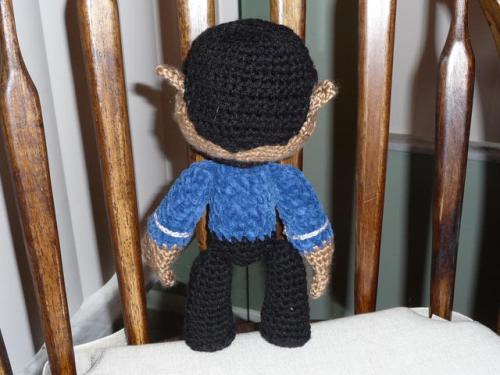 Perhaps these dolls are created just in time for the new Star Trek movie which is being touted as one of the best till date. It would be interesting to see if Spock would be just as cool this time again! Sackboy certainly is able to carry the role of Spock in a way that is strangely cute. 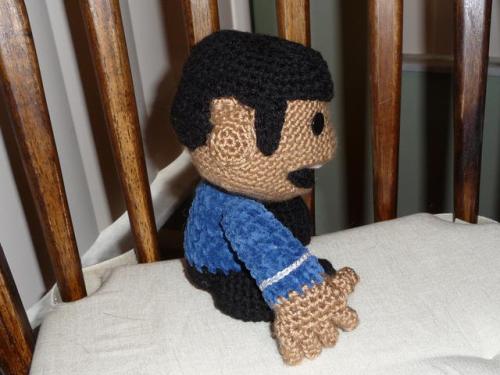 However, I would have liked the ears to be pointier and the skin to be redder, for that would have made the dolls look more authentic. In this case however, the striped kitty looks like he is almost bored of Mr. Spock Sackboy’s excitement and smile, which are not characteristic to Star Trek’s Spock. 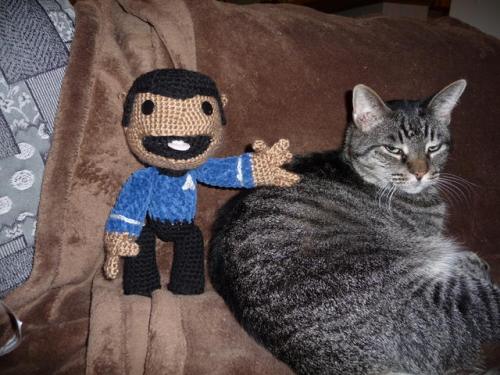