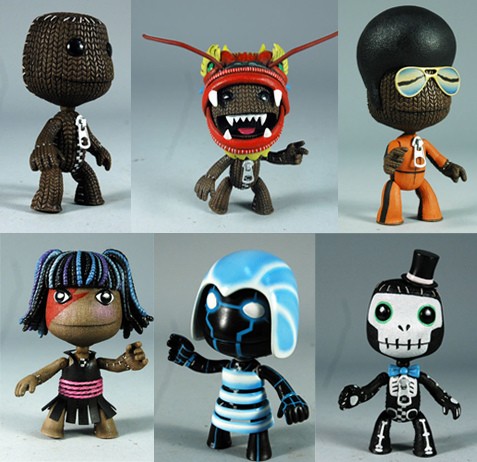 Little Big Planet fans can now go ahead and celebrate as the world’s very first merchandise dedicated to the characters and costumes of LBP will be launched at the 2009 International Toy Fair, New York. You could revel in the joy of staring at the textured and stitched figures of Sackboys.

However, the toys will soon be marketed across North America from this Spring. The toys have been developed and manufactured by Mezco Toys and the toy sizes will range between 2″ and 18″. The information was revealed by PlayStation.