The gamers are now in for a new action thriller with gaming experience getting to its ultimate level. The Tecmo Koei games are here with their brand new baby Quantum Theory. It’s supposed to release on July 2010 so the wait is going to be just over.

The game is actually not so much enthusiastic with its story as it is played in condition when the world is at its end. The story says that a world war occurred which led to catastrophic damage on the earth. This brought an end to the human civilization and almost the whole of human race, but there were a few survivors. These surviving people come together and develop their new community named Cocoon. This community is now threatened for extinction with a black substance which is pretty scary at its looks. 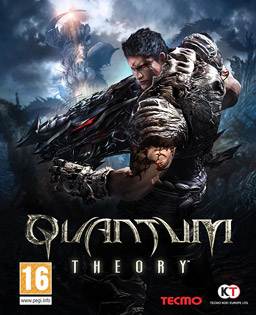 This devil known as Erosion is starting to create an unimaginable Post-apocalyptic environment. So the Cocoon now to survive recruits its own militia targeting to destroy the Erosion. Now comes the hero Syd who sets his journey to save the world and is moving towards the Living Tower. On the way he meets a girl named Elena who accompanies Syd on this journey and together, they solve problems.

This game has got great screenplay and graphics. Also it is a third person shooter game so gives a great gaming feeling. With a great story in an end of the world environment it surely is a thrilling one. The pros for the game can be the teamwork with your partner and the looks. On first look the game bears much resemblance with the Gears of War by Tecmo. However the game comes only in Xbox 360 and in PS3 versions. It is available on for $59.99.

You can even check out games like Shrek Forever After and Final Fantasy Versus XIII which might impress you.