Unfold the mysteries of Netherworld with Disgaea Infinite

Throughout the years, I have noticed that most of the people, especially the young bloods prefer car racing and action role-playing games to any strategic or any puzzle games. That’s the reason that most of these adrenalinpumping games, especially action role-playing games are huge hits. But think what if a strategic role-playing game takes away the awards and gets to the top? Just figure the ability of the game that even without much adrenalin pumping feature, a game takes away the appreciation of 1.6 million gamers along with several awards. This is Disgaea, the tactical role-playing gaming series which was first developed by Nippon Ichi Software. After ruling for seven years, Nippon Ichi Software has planned to release the latest Disgaea addition and it has been named “Disgaea Infinite”. 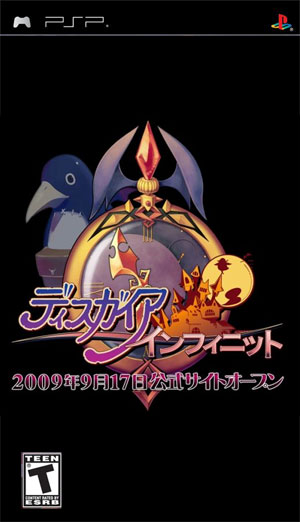 The game plot has been set a parallel universe “Netherworld” where daemons inhabit and humans survive for existence. The game, as you know is a strategic role-playing game where the player controls a prinny who serves in Lahral’s castle. Laharal, those who don’t know is the prince of Netherworld but this sinister place is filled with many more dreadful daemons. The game offers numerous thrilling mysteries which the player has to solve by gather clues. He/she will have to travel through time, acquire “possessions” and of course, use their brains to solve such mysteries.

The game offers various modes to keep the players entertained and its graphics is just pleasing. It’s a total entertainer and no wonder 1.6 million gamers have approved it. It’s available with a price tag of $19.99 and is releasing on 8th June 2010. The game has been specially developed for PSP players. So, all those with PSPs out there, make the most of it.

If you want to take a look at few more games, here are Puzzle chronicles and Shadow of Destiny which might please you.