The PS3 and Xbox 360 Dual Controller Mod is Cool

The present gaming world is torn apart between two extremely great gaming consoles, Sony’s pride – PS3 and Microsoft’s legendary Xbox 360; the gamers are confused as to which is the better of the two, so a PS3 Xbox 360 combo was made. but both of them feel great in their own sense. This here, is the cool PS3 and Xbox dual controller that could be the outcome of the above stated argument. 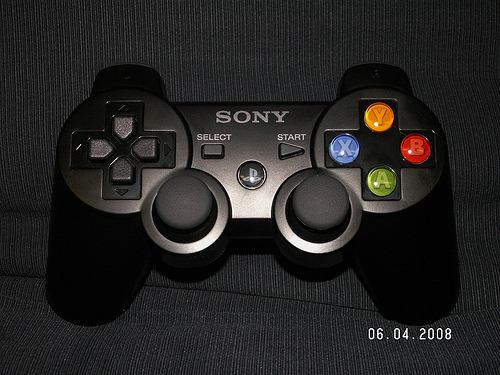 NerdMeech featured this cool controller in his photo stream, possibly trying to make the world realize that there is no fun in arguing on which of the two consoles is better, but in actually sitting down quietly and try and enjoy the unique gaming experiences each of the consoles has to offer. The dual controller features the right hand controls of the Xbox controller embedded into the original controller of a PS3, so what one actually get at the end is the standard buttons on the PS3 controller getting replaced by “A,B,Y & X” from the Xbox controller.

You can also check out some other cool controllers like the Call Of Duty Wireless PS3 Controller or the super cool Twisted PS3 Controller, all of which promise to make our life a bit more enjoyable and fun, so that we argue less and enjoy more.