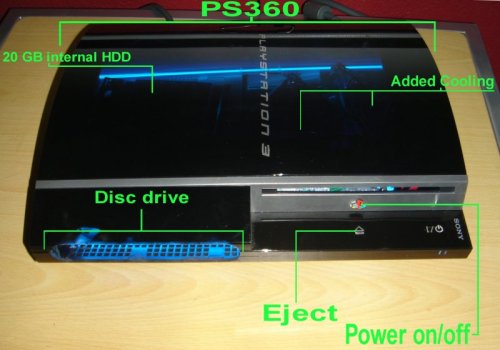 This PS3 Mod is creative but also kind of blasphemous for using an actual Xbox 360 inside.

Why would someone want to even put an Xbox 360 gaming console inside of a beautiful and powerful PS3 Cover? What did the modder have against the PS3 console? It has more power, better games, enhanced graphics and they went off to demean from its abilities by putting an Xbox 360 inside.

True, it is creative, but what the hell for? Anyways, this is a completely different idea of what a PS3 Mod is supposed to be like, for it took out the brain of the operation and put Microsoft inside.