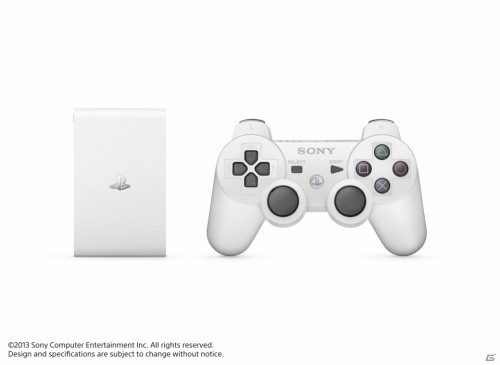 I would have thought that the “one more thing” moment would have came from Apple’s media event on Tuesday of this week, but instead Sony beat them to the punch with their own surprise during the final moments of their pre-Tokyo Game Show presser in Tokyo, Japan.

At which point, president and Group CEO of Sony Computer Entertainment Andrew House walked on stage to introduce a fascinating new product to the PlayStation line, a white box-shaped device, very minimalistic in style, and no bigger than a wallet (and yes, it’s that small) called the PlayStation Vita TV. 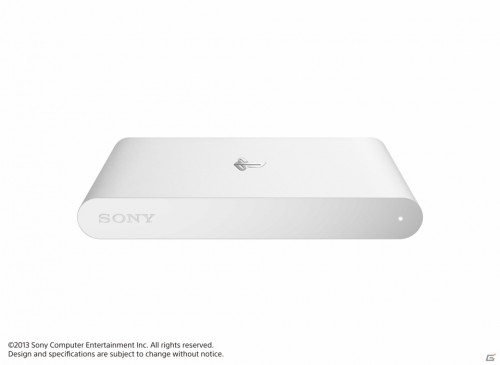 The name is a tad jarring to say, but essentially the PlayStation Vita TV (yeah, that’s a bit messy on the mouth) is a set-top box for your TV, à la a Roku box or Apple TV, with slots for both Vita games and memory cards that lets users play PlayStation Vita, PlayStation Portable, and PlayStation One games with a DualShock 3 controller.

In clever way too, the Vita TV actually fulfills two roles, a low-entry cost console and a PS4 accessory. Low-entry cost because the device debuts in Japan on November 14 at roughly the Japanese price of $100 (there’s also an 8GB memory card & white DualShock 3 bundle for $50 more.) Considering its unioning of the PlayStation ecosystem, that might be a big advantage for the Vita TV. 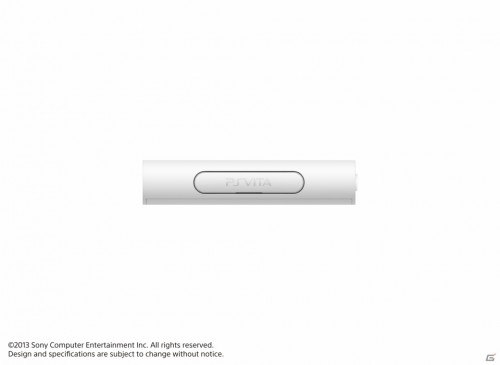 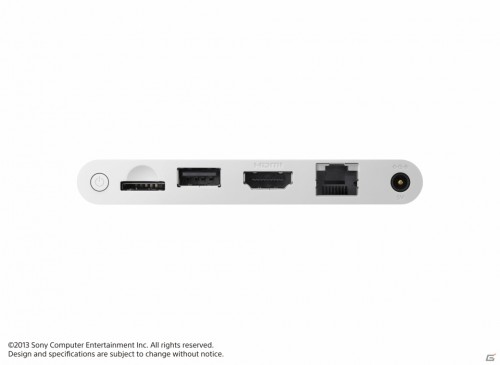 Not only just for living rooms mind you, and by extension, expanding the handheld’s currently niche player base, but also for the PlayStation 4, which is where the PS4 accessory part comes into the fold. The Vita TV can act as a Remote Play base, and can stream PS4’s games to any television the set-top box is connected to. Kick-ass feature? Kick-ass feature.

Up to two DualShock 3 controllers can be assigned the Vita TV, with future DualShock 4 support via a software patch. The only sticking point of the device is its lack of 1080p display support. It only does 480p, 720p, and 1080i, but with the sub-resolution nature of most Vita games, and the fact that pretty much all major streaming services compress their video signals downright stupidly, it’s not that huge a deal.

As for videogames, Sony promises that the Vita TV will play about 1,300 games when it launches. Sadly though, due to some select PS Vita game’s heavy use of the Vita’s touchscreen, not all will be playable. That might change with that upcoming software patch though, giving an simple workaround thanks to the DualShock 4’s front touch-panel.

We don’t know if or when Sony will make the PlayStation Vita TV available outside of Japan. For now, the company only announced release plans in their native market, but that doesn’t all rule out an upcoming release for the west. Maybe it all depends on its success in Japan to whether we’ll see this newest member to the PlayStation family over here.

The same could be said for Sony’s new remodel for the PlayStation Vita, which you can read here on PS3Maven alongside other PlayStation news, like a demo for the upcoming PlayStation 3 game Beyond: Two Souls.