After a significant delay saw Watch Dogs’ release date pushed back by several months, Ubisoft have now confirmed the release date for the game. 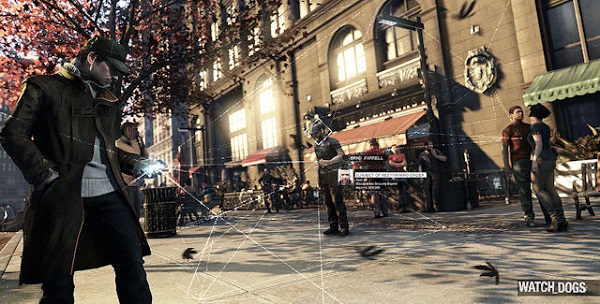 Despite the pre-release hype of the next-generation consoles, the PS4 and the Xbox One, which focused heavily on their specs,with people debating RAM, CPU and GPU speeds and sizes in an effort to discern a clear leader (in terms of technical power alone), what was more important to the media’s coverage and fans’ perception of the consoles before they made a big splash in last year’s holiday season was the games that they’d be running. New consoles can live and die by their early software offerings (just look at the Wii U for an example of this) which is why it’s so important for them to be able to run the best versions of multi-platform releases. One game in particular that was set to  look extra slick and smooth on next-gen is the open world cybercrime action title, Watch Dogs, which was delayed last year, despite being originally planned as a launch title, but now, Ubisoft have finally confirmed the game’s new release date.

The Watch Dogs release date is May 27th, 2014, when the game will be out on both PS3 and PS4 (it has 60 minutes of extra gameplay on PlayStation) putting the game in prime sequel securing territory as the games industry famously suffers some what of a release drought during the Summer months due to publishers postponing titles until later in the year, for the pre-Christmas buying period. If Watch Dogs performs well in terms of sales upon release (and the hype around it as well as previous fan interest suggests that it will), Watch Dogs 2 could be confirmed within a month or so of the game’s release, with Ubisoft previously confirming that they would like to turn the game into a franchise.

That sequel would have to continue the plot detailed in the above Watch Dogs story trailer, with gamers finally being told that the reason for protagonist Aiden Pearce’s hacking ways is that he seeks revenge against the people who killed his daughter. He’s set to go about that by hacking his way through the city, with Pearce able to hack into bank accounts, security cameras, the city’s communication system and more to control things such as the road’s barriers. How the sequel would improve upon this is yet to be seen, so for now we’ll keep you posted on the first game in the Watch Dogs series once we know more.

Read more on ps3maven, 7 of the Hottest PlayStation Games Out in 2014, Driveclub – PS4 Launch Racer – Gets Delayed Till Early 2014