7 of the Hottest PlayStation Games Out in 2014

2014 is shaping up to be one of the best years for PlayStation gamers and so we’ve rounded up a list of the hottest games out on PS3 and PS4 this year. 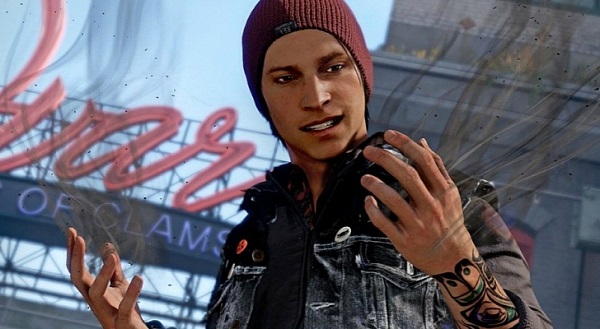 The PS3 may be on its way out, set to be replaced under tellies and on cabinets for the younger, more powerful PS4, but that doesn’t mean that it’s not going to give itself a warm farewell with some cracking games and we needn’t underestimate the cooling embers of an aging console. Too, don’t expect the PS4 not to fight for its positions as the best-selling next-gen console, as some excellent games for Sony’s newest game box will we released in 2014. I’ve rounded up my pick of the best PlayStation games set to be released this year and you can read the list below.

Out in March, Dark Souls 2 is the sequel to the famously difficult RPG, Dark Souls. Bringing with it a familiar mix of tactical fighting as players struggle to stay alive in the game, this title is made even more difficult by the fact that players can now ‘invade’ each other’s worlds. Luckily, though, this rather unique gameplay mechanic is offset by the fact that players can also help each other fend invasions off, which will make for some interesting examples of teamwork when Dark Souls 2 is released on PS3.

The former PS4 launch title that was pushed back by Ubisoft to an early 2014 release date, the extra time in the oven for Watch Dogs may have done the game well. When it’s finally released on PS3 and PS4, the much awaited game will offer players an entire sandbox worth of cyber interference as Aiden Pearce, a talented hacker, aims to avenge his family, presumably by the means of hacking phones, bank accounts and just about anything else that is connected to the in-game city’s communications grid.

Another title that will be released on both PS3 and PS4 this year is Destiny, the MMO from the developers of Halo, Bungie. Things you can expect from Destiny are plenty of options to take on or team up with your friends, class customisation, weapon hording and collecting and a whole lot of fast-paced actions taking place in Bungie’s upcoming connected world. This could be a huge hit when it releases in September.

One of the PS4’s first AAA exclusives, inFamous: Second Son makes an excellent example of the PS4’s fancy graphics by letting you play as Delsin Rowe, a superhero (or villain, depending on the choices you make in the game) who cannot just shoot fire from his fingertips and scorch enemies into the Earth, he can also utilise neon and even absorb other powers. Impressive stuff and it’s out in March.

Not much is known about EA and BioWare’s upcoming RPG. However, what we do know is that it looks incredible, that it will be out on PS3 and PS4 and we can expect it to be out in 2014. It’s set to bring more team-based strategy and inventory managing, as Dragon Age: Origins and Dragon Age 2 did before it and as recent controversy over quotes from the game’s lead writer suggests, Dragon Age: Inquisition will also bring with it character romances.

The biggest news surrounding Driveclub as of late is that it’s facing yet more setbacks that could see the once-PS4 launch title even miss its new ‘Q1 2014’ release date. However, when it is finally released, Driveclub’s brand of squad based racing could bring racing fans together in a way that Need for Speed never could, encouraging groups of racers to play together for points and rank and, of course, fame. It may not have a confirmed release date yet but there is a reason that this PS4 exclusive is high on everyone’s wishlists.

Perhaps the most ambitious title on this list, this PC, PS4 and Xbox One only title takes place in Bethesda’s much loved Elder Scrolls universe. An MMORPG, players from all over the world finally have a chance to battle orcs, Nords and, of course, each other, in a universe that is as much loved for its vast range of levelling up and player customisation as it is for its stellar combat, questing and its many cabbage and ‘arrow to the knee’ jokes. The only downside to this game is that it will cost players a monthly subscription but if gameplay trailers and recent screenshots are  anything to go by, that fee will be very much worth it.

Which PlayStation games are you looking forward to this year? Leave a comment and let us know.