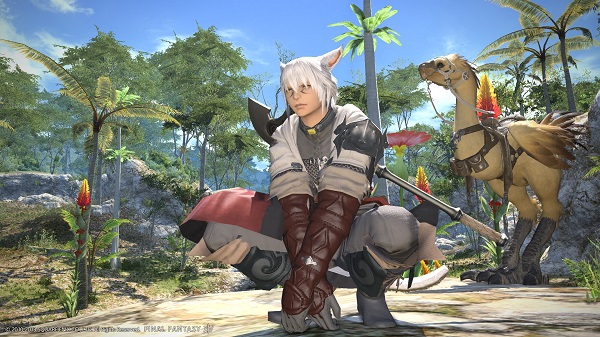 As a series of games that has enough lore to fill up several hundreds of books and with fans of the popular JRPG spanning every nook and cranny of the globe, it makes sense that Square Enix would capitalise on this by making over a dozen Final Fantasy titles, including spin-offs, HD remakes and sequels. Not convinced on just making solely great single player versions of the game, Final Fantasy 14: A Realm Reborn is taking the FF fun online, MMORPG style, and what’s better is that the game is coming to PS4.

After a relatively well received stint on PS3, Final Fantasy 14: A Realm Reborn is going to make its full PS4 debut on April 14th. The release schedule for the game even includes a PS4 beta, set to begin on February 22nd, which will also be open to those who played the game on PS3. The PS3 version already has 1.5 million players so it’s likely that Square Enix are going to achieve an even greater fanbase on PS4, considering that Sony’s new console is well made for connectivity and online gaming, two features that are key Final Fantasy 14: A Realm Reborn’s gameplay.

Not only did Producer and Director of the game, Naoki Yoshida announce the release date, Square Enix have since announced that Final Fantasy: A Realm Reborn will bring added action from the PS3 and PC versions of the game to the PS4 version, so that early adopters won’t miss out. The collector’s edition is set to include a Fat Chocobo Mount and a Wind-Up Moogle Minion and these items will be available for free to those who played the game on other platforms.