The Lightning Returns: Final Fantasy XIII demo for the PlayStation 3 is now available and comes with exclusive DLC for anyone who tries it.

Next month, Square Enix’s pink-haired lead of the Final Fantasy XIII series prepares for her own solo mission to save a world on the brink of destruction – again – in Lightning Returns: Final Fantasy XIII. And on Tuesday, as part of the flood of new content on the PlayStation Network, you can download and try a demo of the game.

Participants who do so will be getting an exclusive piece of DLC for wasting their precious bandwidth too, a special costume for Lightning called the Utsusemi Samurai garb, which can be used for full retail release of Lightning Returns on February 11. You can also earn more free DLC – not available anywhere else – by sharing your battle scores through Facebook and Twitter when using the Outerworld feature. 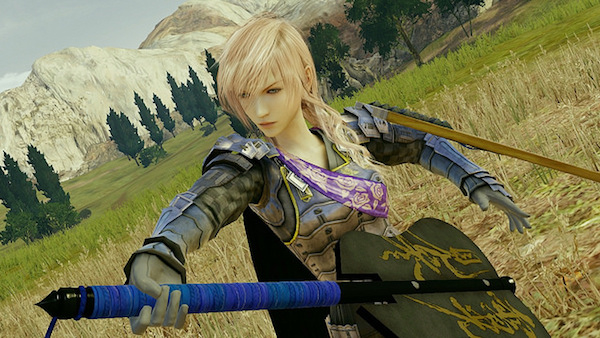 The Outerworld is basically the social space to Lightning Returns. Something you can totally ignore if you want to focus on the game’s new battle system, the Style-Change Active Time Battle, which blends certain elements of past battle systems in Final Fantasy’s XIII and XIII-2 to give Lightning a wide range of flashy actions and tactics.

Right now you can pre-order Lightning Returns: Final Fantasy XIII can lock in the Cloud Strife costume DLC that will pretty up Lightning to look like the Final Fantasy VII protagonist along with his mighty Buster Sword.

For more PlayStation news, what’s hot for PlayStation Plus members this week (like Brothers: A Tale of Two Sons), and a new Sony patent for a redesigned Move controller, keep calm and Ps3 Maven strong.