A new patent shows that Sony might haven’t given up on motion controls yet. 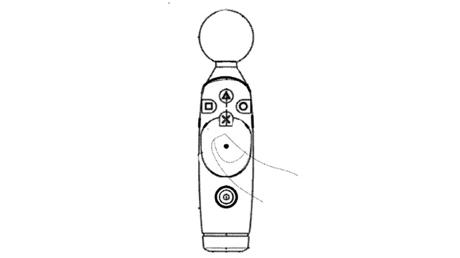 Absent from all the next-gen talk surrounding the PlayStation 4 was the role the PlayStation Move. Strangely, all mention of Sony’s wand-like motion controller and its spherical glowy ball never turned up at any of the Sony’s media events throughout the year. Perhaps, a good indication that such a product has met the silent touch of death.

Not so fast – it appears Sony might still have some interest in the motion-control field. A new published patent – labeled the “Flat Joystick Controller” – was just uncovered and shows the blueprints to a revamped PlayStation Move. It still has the glowy ball on top – thank heavens – but has a singular addition that builds off another peripheral under the Sony line. 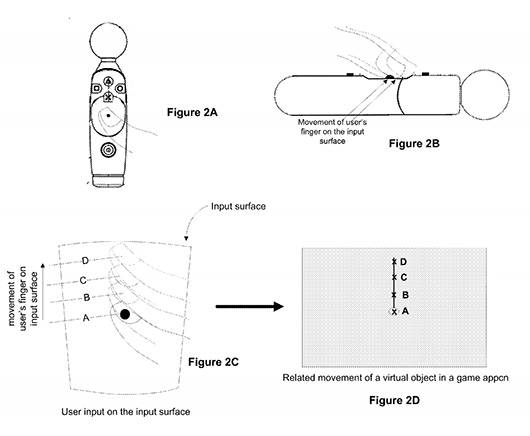 The patent largely centers around a sizeable rounded touch surface – much like the rectangular touchpad on the DualShock 4 – that fits below the typical PlayStation four-button layout. For its description, the patent details that this area could be used as an alternative control method to be used by the flick or rub of a finger.

Basically, as a virtual joystick – thus its “Flat Joystick Controller” name. As the patent continues to theorize, incorporating a finger interface along with the 3D movement, provided by the sensors inside the controller, could open up for new ways of interaction in videogames.

Patents like these get thrown out on an average though, so there’s sure way of knowing if Sony will put this idea into motion (see what I did there?). For now it’s only paper. Although, perhaps it’s a slight confirmation that the company hasn’t totally left the thought of motion controllers behind, while the rest of the industry certainly has.

For more PlayStation news, an update as to when we might see Driveclub for the PlayStation 4, and 8 surprising stats from the PS4’s launch, keep it here on Ps3 Maven.