8 Surprising Statistics from the PS4’s Launch

Sony’s brand new, next-generation console, the PS4, has just been released but it’s already setting records and we’ve got the 8 most surprising stats here. 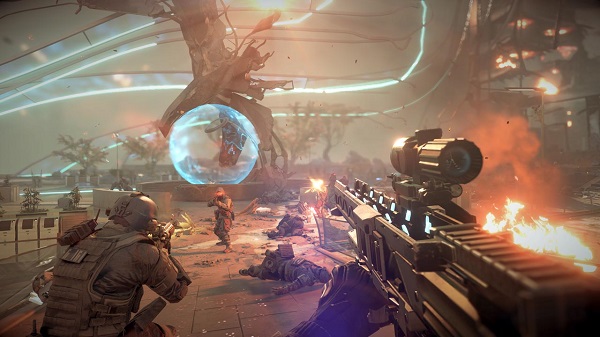 “The console is dead”, yelled the smartphone-waving naysayers from the rooftops when the PS4 and Xbox One were announced. “Console gaming is dying off and more people than ever are using their iPhones and Android smartphones to play games,” they told us, sure that the next-generation of gaming machines would be dead in the water upon release. But with the PS4 just released a few weeks ago, it’s very clear that not only is the console gaming still king, it’s also capable of setting some impress records and we’ve put together a list of the 8 most surprising statistics from the PS4’s launch for you to read below.

2.1 million is the figure of global PS4 sales so far, according to Sony Computer Entertainment (SCE) CEO Andrew House, who says that this is “an impressive and record-setting accomplishment”. Indeed, these are impressive numbers for a console, that while held a lot of promise, still had to go against the Microsoft Xbox One, with a Xbox 360 still holding the top-selling crown in certain regions, such as North America. However, the PS4 launched in North America a full week before the Xbox One, garnering the same amount of sales (1 million), with launches in South America and Europe (including regions where the Xbox One will not release in until 2014) boosting those sales to 2.1 million, suggesting big things for Sony’s console.

This is the amount of PS4s that were sold in the UK in just over 48 hours. While a source says that at 48 hours the PS4 sat just under 250,000, they also say that it didn’t take much time after that initial two day period for it to tumble over the 250K mark. This is especially good for Sony as, whilst having a strong UK PlayStation presence since the days of the PS1, the brand has lost some of the market to Microsoft, but clearly, the fans are out in full force once again to show data analysts which machine they prefer.

One, is the amount of Sony consoles that the PS4 has ousted from the world record lists. To explain, in the UK, the fastest selling console was the Sony PSP, with the old handheld console holding the record, until, that is, the PS4 came along with its low launch price (in comparison to its predecessor, the PS3, as well as its competitors) and many pre-orders to take the crown, whilst still keeping it in the Sony family.

With the PS4 selling an impressive 250,000 units in the UK, many asked where that left the aforementioned Xbox One, which is its biggest rival. Well, according to the statistics, Microsoft’s machine was left trailing behind, selling 80,000 consoles less (with 170,000 Xbox Ones sold altogether) than the PS4, meaning that Microsoft have a lot of catching up to do.

Machine sales aside, PS4 games are selling quite well too. PS4 exclusive and first person shooter, Killzone Shadow Fall, successfully reached the 4th position on the UK chart, below heavy hitters Call of Duty: Ghosts, FIFA 14 and Battlefield 4 (1st, 2nd and 3rd, respectively) all of which got multi-format releases, and being just above the (also) multi-format release, Assassin’s Creed 4: Black Flag. Considering that the game can hold its own even amongst the biggest of franchises, it shows that this is a series that has made the next-gen jump well.

Further down the UK chart list is Knack, the action adventure title and PS4 exclusive that sees you embodying a giant, morphing robot and roaming the streets with it. While reviews have been mixed, 13th place is still a very good place to be, given the strong competition and it’s also worth mentioning that Knack beat out Forza Motorsport 5 (15th place) and Dead Rising 3 (18th place), two Xbox One exclusives that were released the week before.

28% is the amount of Call of Duty: Ghosts sales that were dedicated to the PS4. That’s almost a third of all sales and while it didn’t beat sales of the game on Xbox 360 (which accounted for 37% of all sales), it wasn’t far behind and neither was the PS3 (21%). The Xbox One, however, garnered just 12% of sales for the game, which is also surpassing due to how well the game was expected to do on the platform.

42 percent is the huge amount of FIFA 14 sales that the PS4 version of the game accounted for. Whilst less impressive than the stats of EA’s other game, Battlefield 4 (50% of sales of it were on PS4), the fact that it beat out the Xbox One version of FIFA 14, which amounted to 19 percent, despite the game being bundled with Microsoft’s new console, is a momentous feat on its own.

Read more on ps3maven, IHS Teardown Shows PS4 Costs $381 To Make, Could Sony Be Bringing Eye-Tracking Tech to the PS4?