Brothers: A Tale of Two Sons Available For Free On PS Plus

Go on a fairy tale journey with the latest PlayStation Plus release, Brothers: A Tale of Two Sons. 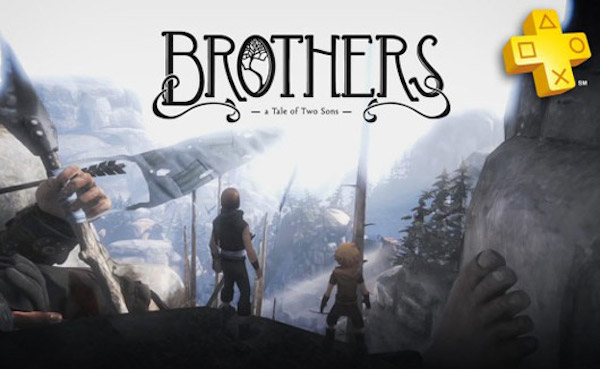 A leading candidate for one of the best games of 2013, Brothers: A Tale of Two Sons is now up for grabs, free, for PlayStation Plus members in North America as of this Tuesday (January 21). The Starbreeze Studios developed adventure game can be best described as a Grimm’s fairytale, built around an interesting puzzle-solving mechanic.

You control a pair of brothers, an elder brother and his younger brother, who must go a quest to help collect a special medicine for their gravely ill father. The conceit to this simple sounding premise – spoilers, it’s not so simple sounding – is that Brothers puts you in charge of both adventuring-seeking siblings at the same time, using both analog sticks in conjunction. 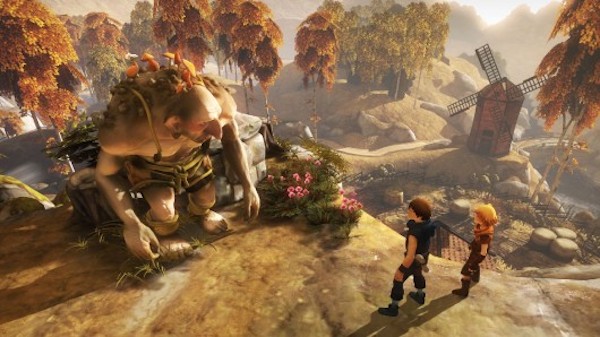 Each brother – tied to an individual stick – has their own unique gameplay characteristic based on their stature – the big brother is stronger and can move things, while the younger of the two can handle more finesse-like tasks like squeezing between prison bars. It’s together that the player can then solve environmental puzzles across a scenic fantasy kingdom.

That last bit I’m not kidding about either. Throughout Brothers, there are moments in the game where you’ll come across picturesque views of villages and mountain landscapes. All adding to the emotional impact that is the tale of Brothers: A Tale of Two Sons, and a title that any person with PS Plus account should absolutely try. It’s free for goodness sake.

Don’t forget to also check the rest of January’s PlayStation Plus line-up; there have been some pretty stellar games so far, like Bioshock Infinite and DmC: Devil May Cry. And don’t forget to keep it here on Ps3 Maven for more PlayStation news. I hear that they just gave a date for the DLC for The Last of Us. Maybe you should read up about it, huh?