PlayStation Plus In January Gets Bioshock Infinite, DmC, and Brothers

Sony starts off 2014 right by dropping some heavy hitting games for their PS Plus subscription service. 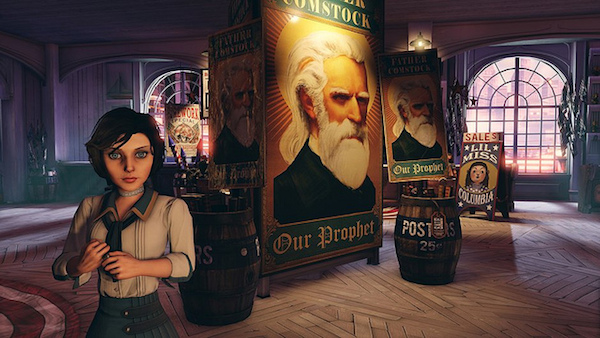 I hope Santa filled your Christmas stocking with PlayStation Plus subscription cards, because next year starts off with a bang for the service. The PlayStation Blog revealed this Thursday the games to be offered on January’s Instant Game Collection list, and topping it are some big name releases from 2013.

Particularly for the “don’t you dare remove me from your entertainment center yet” PlayStation 3, which will still be an active gaming platform with the likes of Irrational Games’ Bioshock Infinite, Capcom’s DmC: Devil May Cry, and Starbreeze Studios’ Brothers: A Tale of Two Sons becoming Instant Game Collection titles at the beginning of 2014.

Meanwhile, the PlayStation 4 receives the console version of Don’t Starve – a quirky little survival horror game from the makers of Mark of the Ninjas, Klei Entertainment – and on the PlayStation Vita, Worms: Battle Island (I remember playing Worms back in Jr. High, which was more than 10 years ago, so that should tell you how long that series has been running) and the mini-game mind-building title that is Smart As…

It does feel like the PS4 and PSV are getting the short end of the stick compared to the selection on the PS3, but hey, can’t win every month. And seeing how good Sony supplied the Instant Game Collection cupboards in the previous months, I’m willing to trust them in bringing on the “goods” for the months to come in 2014.