Entertainment Weekly recently got the exclusive news that the latest sequel in the award-wining Uncharted series, Unxharted 3: Drake’s Deception, is on the way, and it arrives 11-1-11. 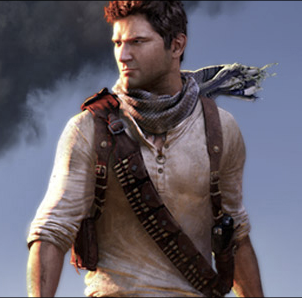 The truth is–and to developer Naughty Dog’s admission–we all knew that a new Uncharted was on the way. The studio had, after all, made some new hires, and after asking one developer about the rumors, I was told “Well, at this point, we’re doing what makes the most sense for the series.”

Then there was the interview in which Nolan North A.K.A. the voice of Nathan Drake (the game’s main protagonist) hinted at the new game by saying he was doing voice work for the latest in the series.

After seeing a short teaser trailer lsat week, and a longer trailer that included gameplay during Spike TV’s VGAs Videogame Awards) fans of the series are eager to play the upcoming game. Unfortunately, we are in for a long wait as the game isn’t set to reslease until November 2011. At which point it will have been about two years since the last game Uncharted 2: Among Theives.

Naughty Dog is also known for the Crash Bandicoot games, the Jak & Daxter series and finally Uncharted. Their games are always critically acclaimed, and often leading the way for PlayStation first-party titles.

Not much is known about the latest game, but from what we know so far, much of the beginning of the game takes place in the desert and draws its inspiration from Lawrence of Arabia. It’s also said that it will focus more on the relationship between Nate and his longtime friend and mentor, Victor Sullivan, or as Nate calls him, Sully.

While the second game in the series will be very hard to top, we are sure that the third will be a great title. Whether it’s better will be hard to say until then, but we are positive that it will be one of the best games to make its way to the PlayStation 3 in 2011.

While you wait a year for Uncharted 3, why not check out X-Men Arcade? (which lands on PSN today I might add). We are sure it won’t take you a year to complete, but it should be enough to hold you over for the next week. Then there is that PSP2 dev kit, or rumored dev kit we saw a while back. 2011 is shaping up to be a good year for Sony.