The PlayStation Phone — Could This Be It?

Is it the real deal or just another news attention-grabbing phony? Find out as new details and pictures over the rumored PlayStation Phone hit the Internet. 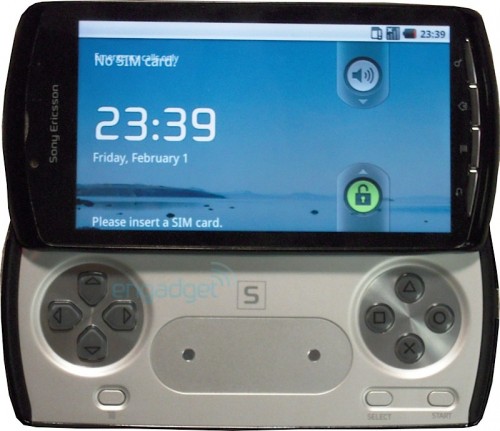 With the PlayStation Portable pretty much a non-factor commercially, and Nintendo’s 3DS stealing attention spans with its eventual 2011 release, talk of Sony’s next portable have been slowly gaining steam on news sites and message boards.

For a while all chatter was simply based on hear say and nothing of substance – ahem – until now… Check out what got sent to the inbox over at Engadget.com — pictures of a PlayStation Phone prototype.

Incredibly, as some rumors depicted before, the PlayStation Phone prototype looks almost near identical to a PSP Go, except for the top-sliding screen that has buttons akin to what you might find on your standard smart phone. Oh and also no analog sticks.

Funny isn’t it? For all the complaints Sony received for only providing one analog stick for the PSP, it reacts by taking the other away. But it’s saving grace might be what they replaced it with – a touch-sensitive track pad that can replicate the PSP’s analog controls. Ahh, I’ve got your attention now, hmm?

Surely the big main attraction to the PlayStation Phone story though has to be the operating system that is displayed on the screen. It appears that Google’s Android 3.0 platform is the base of the system, but is also built to support a Sony Marketplace where you can purchase and download games.

Does that mean it will play PlayStation Portable games, PlayStation Mini games, or radically a completely new format of games? Nothing known to a full extent on that front, but by going off the design for the PlayStation Phone prototype, it certainly could be a foregone conclusion.

In fact the PlayStation Phone being an actual reality could be a foregone conclusion as well. Engadget appears to be firmly confident enough in its sources to take off the rumor tag with its reporting.

Of course some questions, regardless of what has been confirmed, are still unknown. When will it be ready? How much will it be, and what games will be compatible with it? For now all we have is small trinkets of information, these pictures, and no word from Sony themselves beyond the usual “no comment” — which will have to do for the time being.

While you wait you check out these other fine stories: like the arcade shooting attachment for the PlayStation Move, or the new Toy Story 3 PlayStation 3 bundle.