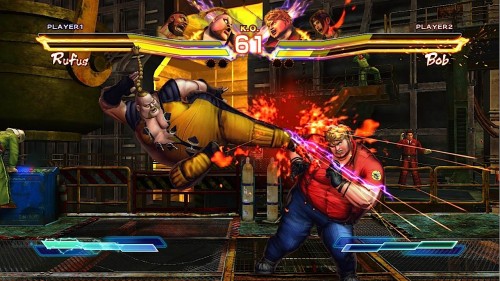 Alrighty — so I want you to go straight to your calendars (wait do people even still have those?) and flip it to March 2012. Okay. Then with a bright red marker, circle March 6th. What’s with the marching orders for a future date? Because silly goose, if all goes to plan it’s the date Capcom will be releasing Street Fighter X Tekken for North America (same month as Yakuza: Dead Souls, hmm.)

The final list of combatants in this royal-rumble between two titans of fighting-game franchises hasn’t been pinned down quite yet(Street Fighter IV’s Rufus was recently announced though), but Capcom is going full-steam ahead anyway, along with giving info about the Street Fighter X Tekken Special Edition set, which includes: 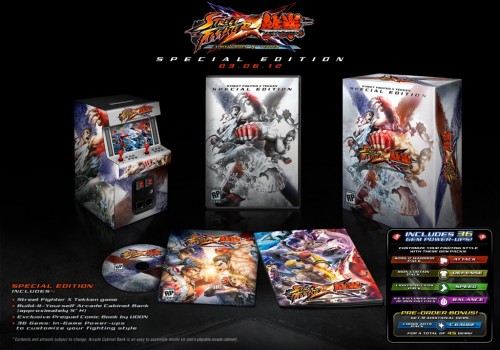 You might be thinking after reading that, what the what are “Gems” and why are they in this game besides making me want to know why there hasn’t been another Power Stone title from Capcom? Good question smart readers.

Now, rather than me, who usually gets his backside handed to him consistently at fighters, try to describe the inner-workings of this new game mechanic for Street Fighter X Tekken, I will gladly let this visual aid from CapcomUnity do all the talking (it certainly has more personality than I ever will!) Not only will get a good overview of the Gems System, but other core functions too like the Switch Cancel or the Cross Assault!