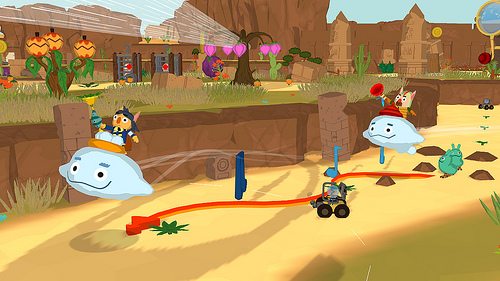 Instead of just one Only On PSN debut, lucky us, we get two available this week — Okabu, from London-based independent games studio HandCircus (love that name!), and Rocketbirds: Hardboiled Chicken developed by Ratloop, Inc; two wildly creative digital downloads that you won’t be able to find anywhere else and a part of the October 18th batch of PlayStation Network Releases.

Let’s start with Okabu first, which you can definitely see continues one of the core outlines for what involves being a member to the Only On PSN class, and that’s having in-game imagery that really amazingly stands out. Playful and bright like a children’s pop-up book, Okabu is wonderfully expressive and extends such emotions even to it’s toybox-like gameplay. Rocketbirds: Hardboiled Chicken on the flip-side though, is the total opposite. 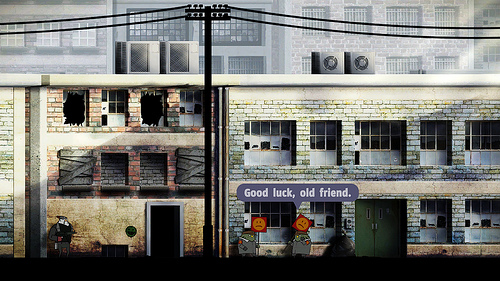 A perfectly fine “total opposite” I should add. I wouldn’t want to be carrying a bucket of KFC with any of these gun-toting poultry around, that’s for sure. Nominated for three awards at the 2010 Independent Games Festival, Rocketbirds finally makes it’s long awaited appearance on the PlayStation 3, a platforming adventure game where the visuals in this console version have been sharply enhanced (such as new modeled environments in full 3d for pan, zoom, & parallax effects) along with it’s controls to work perfectly with the Dualshock 3.

Turing toward other new items you should look into this week, is the new downloadable content for Deus Ex: Human Revolution ready for anyone who has been jonesing more incredible stealth-action after already beaten & thoroughly enjoyed one of the top games of 2011. There’s also a demo for the upcoming Need For Speed: The Run, and for fighting game fans, there’s Street Fighter Alpha 3 as a PSone Classic — personally one of my favorite 2D fighters that is so content-packed with extra characters & modes. 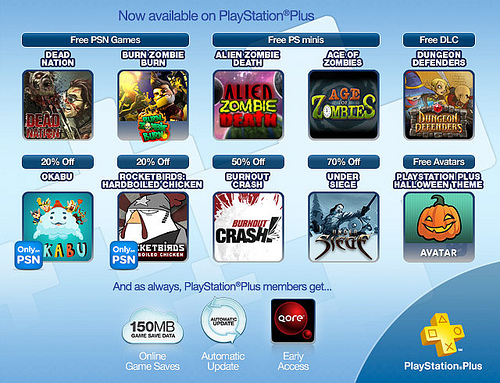 Dive into a tactile toy-box world filled with puzzles, adventures, adorable creatures and destructive machines. Take to the skies and guide cloud-whale brothers Kumulo and Nimbe on their epic adventure. Save the once-peaceful lands of Okabu from the diabolical Doza and their contraptions. ESRB rated E, File size 213 MB 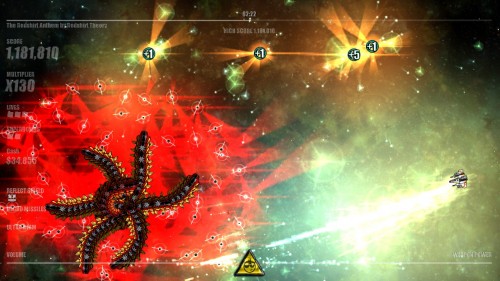 Experience your music collection like never before with this intense music driven twin-stick arcade shooter. Each of your songs will have its own unique ebb and flow based on the music. Power up your spaceship and watch as the music boosts your firepower and decimates waves of enemies! ESRB rated E, File size 216 MB

When an immense mining ship comes into contact with a mysterious alien artifact in a remote star system, its communications with Earth are mysteriously cut off. Engineer Isaac Clarke is sent to repair the Ishimura’s communications array, but he arrives to find a living nightmare. ESRB rated M, File size 8.12 GB

Ridge Racer 7 returns with stunning stereoscopic 3D visuals. Choose from 40 machines and over 40 courses for a driving experience unlike any other. Access 375,000 visual customization and 7,150 tunable combinations, or race against challengers from around the world with full PSN support. ESRB rated E, File size 6.72 GB

Sam & Max Beyond Time and Space is a 5-episode trek from the North Pole to the Fountain of Youth. Babies will dance. Mariachis will sing. A giant battle robot will trash the streets. And when their friends are caught in the middle, Sam & Max will risk their very souls to set things right. ESRB rated T,File size 1.48 GB

Dungeon Defenders is an action-RPG that sets you on an epic co-op adventure to protect the Eternia Crystal! Create heroes from one of four classes to fight across a full campaign or a horde of challenge missions! Defeat wave upon wave of enemies to level your heroes, forge equipment and more! ESRB rated E10+, File size 1.35 GB

PAYDAY The Heist is an action filled first person shooter game for the PlayStation Network that lets players take on the role of a hardened career criminal executing intense, dynamic heists in constant pursuit of the next “big score”. Load out with an array of weaponry and equipment. ESRB rated M, File size 2.37 GB

Need For Speed: The Run Demo 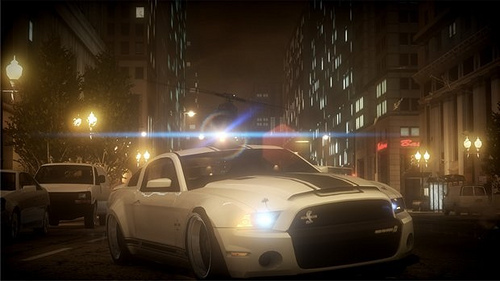 Race for your life in the NEED FOR SPEED THE RUN demo. In the Desert Hills of Nevada you find yourself at the heart of the pack. Battle the unforgiving desert heat in a Lamborghini Gallardo LP 550-2 Valentino Balboni. Once past the desert, you face avalanche warnings at treacherous Independence Pass. Refer a friend and race in the new Porsche 911. ESRB rated T, File size 1.2 GB

Try out the Everybody Dance demo for PlayStation Move. In this demo, you’ll get to sample dances to 4 of the songs from the 40 hit track list on the full game. With the full game you will be able to play each song on beginner, intermediate, or hard modes, or grab a friend and try out partner dance. It’s your turn to dominate the dance floor! ESRB rated T, File size 713 MB 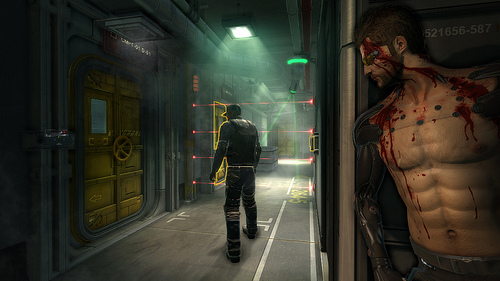 Video Backgrounds – Keep your eyes on the road and your hands on the wheel as you hug the curves of an underground tunnel. File size 62 MB

Some Like It Hot – On the run from gangsters, Joe has been hiding in drag in Sugar Kane’s all-girl band. File size 81 MB

This Online Pass grants you access to The Sims 3 Pet Exchange. Access to online features is nontransferable. File size 100 KB 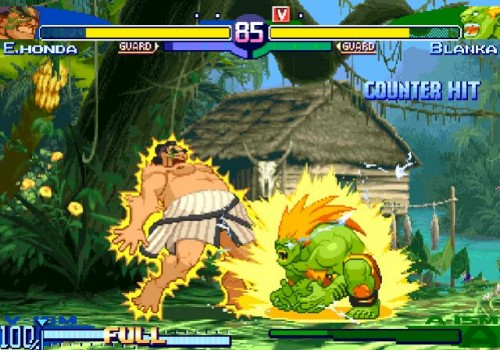 Select from over 30 characters and choose one of three fighting styles in this classic fighter. Download this PS one Classic today! File size 328 MB