8 Hot New Accessories Making their Way to the PS3

Looking to get your hands on some hot new PS3 accesories and peripherals? Check out the top 8 making their way to the PS3 in the coming months. 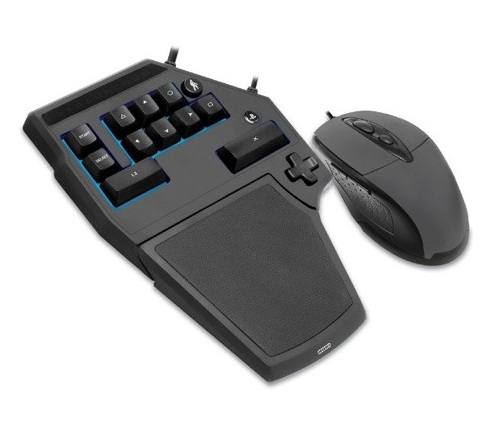 Apparently deciding that the age old battle between the controller and the mouse and keyboard isn’t over yet, Hori tosses some more fuel on that fire by annoucing the release of the Tactical Assault Commander 3 mouse and keyboard combo for the PS3.

PC gamers will argue to death the supremacy of mouse aiming in FPS games as well as it’s versatility in strategy games. Bringing the same precision to the PS3 might give you that extra push towards the top of the leader boards in Call of Duty and the like.

This slick combo comes in a stylish black finish, with behind the keys LED lighting and, according to sources, should be going for around $130 once it hits North America sometime in November. 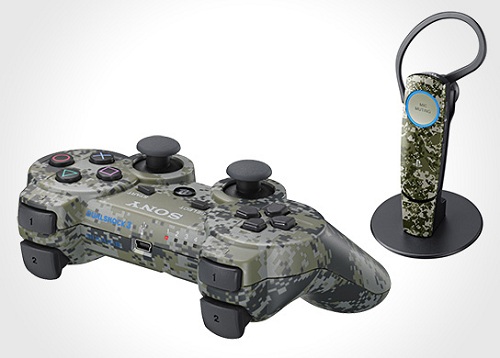 War-torn urban settings seem to be all the rage in shooters and action games these days, so it’s no surprise that someone got the bright idea to make a controller that would hide well in one of those settings.

It’s the same PS3 controller you know and love, with all the usual bells and whistles, except that a special Urban Camouflage Bluetooth Headset is going to be released alongside it so you can game in total camouflaged security in your living room. If these accessories don’t make you feel right at home in Modern Warfare, then nothing will.

Both the controller and its nifty headset will be released will be hitting the shelves this November.

Playing a racing game using a controller or a keyboard is alright, but you can’t really experience any racing game the way it was meant to be played without a good set of racing peripherals.

First up in this set of release is the Fanatec CSR Wheel. It looks like your standard racing wheel, but a bit more stylish and sleek than some I’ve seen. it has all the buttons for a controller on the front plate, along with a joystick rather than straight up analogue arrow buttons.

However, according to one early reviwer, due to the width of the control it might be difficult to reach the buttons while steering. As well, make sure you don’t sit too far from the TV as it has to be connected via USB.

Next up we have the accompanying pedal set called the CSR Elite Pedals. One nice thing about this device is that the break pedals work based on the amount of foot pressure. You can fine tune the load bearing for different users which might want to have to apply less pressure when breaking, or more if the case may be.

The third and final piece to this set the CSR Shifter kit, which is made of metal rather than the usual plastic for peripherals. They are designed to feel sturdy and tough.

This whole kit comes in at quite the cost however, ranging somewhere around $400 if you buy them individually. I suppose it all depends on how you’re wallet is looking, whether you want to dish out for this level of gear. These peripherals should be available by the time you’re reading this post. 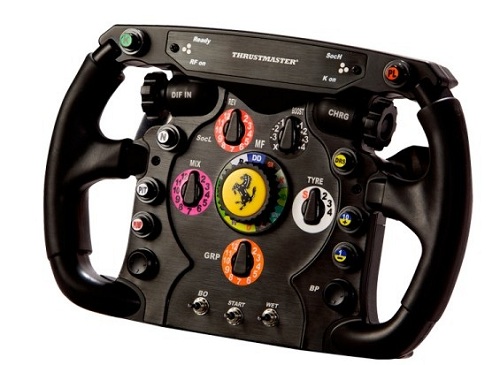 For the even more diehard racing amongst you, Thrusmaster will be launching the most advanced racing peripheral on the market.

As a replica of the actual controls used by Ferrari, the Racing wheel might look a bit out of place in your gaming room. As a full size mirror of the real thing, there are likely few racing accessories out there that will get you more in the game than this one.

The wheel is designed to offer as much realism as possible, by featuring realistic feedback from the road, tons of dials and readings and more control than you can have ever imagined. It will ship with a support column and accompanying pedal set and should be available over Amazon this month, and will ship to other retailers later this year.

And, last but not least, Sony will be releasing an updated version of the official PS3 remote control. This release will feature compatibilities with numerous Sony products other than the PS3, such as, according to our source, televisions and amplifiers.

As well,the remote should be fully compatible with Netflix for PS3 owners in the US.

The remote layout will be slightly different to accomodate the multi-device usage Sony is hoping users will get out of it. It will feature a new volume control, along with channel buttons at the bottom of the remote.

In other news, all you racing fans can rejoice: Gran Turismo 5 is receiving a price cut and DLC. Also be sure to check out the 320GB PS3 Bundle with Uncharted 3.