A Japanese gamer beats the highly-challenging Dark Souls in under 2 hours — watch the first 2 parts of their speed-run here!

With all the recent cyber-buzz surrounding From Software’s latest released game Dark Souls, the 3rd-person dungeon-crawling spiritual successor to 2009’s Demon Souls by the way, the conversation always tends to center on it’s harsh difficultly and strict adherence to it’s core (and slightly quirky) gameplay mechanics which often beats the bloody snot out of any ill-prepared player.

And while any attention, in the era of 24-hour aggregating news sites, a title gets is good, especially one that throws a wicked curve-ball to what is normally expected by modern videogame offerings, I think it should be greatly informed in all this rush to spout, “Dark Souls = OMG Why so hard”, is that the game isn’t hard just because, it’s hard because it demands more than just button-mashing from the person behind the controller. 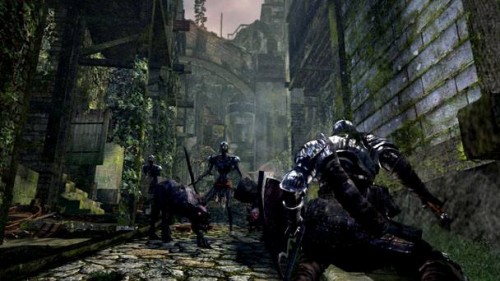 Of course the minute I — or anyone else for that matter — starts waxing on about a game’s tall set of challenges, here comes some gaming prodigy on YouTube beating it in a small amount of time without so much a tizzy. His or her hacker-alias in this situation is Twilight (no I won’t make a joke), and in an unbelievable time of 1 hour, 26 minutes, they beat the Japanese version Dark Souls in one astonishing performance of skills, smarts, and certainly a small pinch of luck.

You can watch parts 1 & 2 of Twilight’s amazing Dark Soul’s speed-run here, with the rest of the 7 videos in all available from YouTube user’s SexyShoiko’s channel provided by the handy link below. Note: If your the kind that’s easily allergic to spoilers, this speed-run, obviously by its own nature, is an outbreak of them — so please steer clear. How about you check out this week’s PlayStation Network releases instead!