Non-Mandatory Firmware Update 3.73 Available Now, If You Want It

Sony has just issued a new firmware update for the PlayStation 3 — but don’t be in such a rush to download it. Find out why, after the jump. 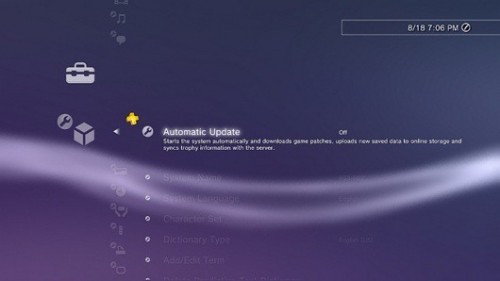 If “system stability” is of great importance to you, and it probably should with the latest hack attempt recently, then you should be happy to know that the new PlayStation 3 firmware update 3.73 does just that (exactly how wasn’t informed). Actually, that’s pretty much all this update does according to Sony; yeah, sorry guys, no major system-feature additions this go around.

Straight from the official PlayStation Twitter account many hours ago, this is what the release info about the new update had to say:

A new, non-mandatory PS3 firmware update, v3.73, is now available. Stability during use of certain PS3 format software has been improved. – @PlayStation on Twitter

There you have it folks, nothing more, nothing less.

So it’s up to you if you want to waste a couple of minutes and bandwidth on simple software revision, and hey, it might just save your life! No I’m kidding, it totally won’t. This update is probably the most flattest of system updates ever, thankfully with the internet at our disposal excitement is at every corner — such as a Japanese gamer beating Dark Souls in under 2 hours. Amazing!