Sony’s PSPgo No Longer In Production

PSPgoing, going, gone! The days are numbered for Sony’s PSPgo, as reports say the download-only device is being discontinued. 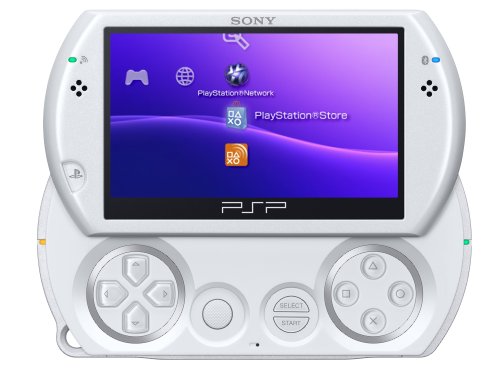 Ship be sinking – at least that’s the feeling you get for the past few weeks over at the Sony PlayStation headquarters. Not only did the PlayStation Network go crashing down after a severe attack by an unknown hacker, who by the way, also helped themselves to our personal information (way to go Sony,) but reports say that Sony has pulled the plug on the PSPgo.

Hmm, my nerdy senses says you have no idea what a PSPgo is, and that’s probably good reason enough to why Sony stopped production on the trimmed-down download-only version of the PlayStation Portable, which ditched the UMD drive and instead came installed with 16 GB of memory to store games, video, pictures, and other media.

The PSPgo was to be the champion of the digital distribution age, if not for Sony’s fumbling of their digital gaming distribution infrastructure – which is pivotal to a device with no alternative means to play games on it. A good majority of PSP games never got digital versions apart from their retail disc counterparts and even when they did, the time between a title would be released digitally would come weeks after the retail version came out, thus killing any interest for customers to pick up the game.

Of course, it didn’t help either that poor sales of the regular PlayStation Portable hindered third-party support overall and pretty much destroyed any chance for the PSPgo at being a success. 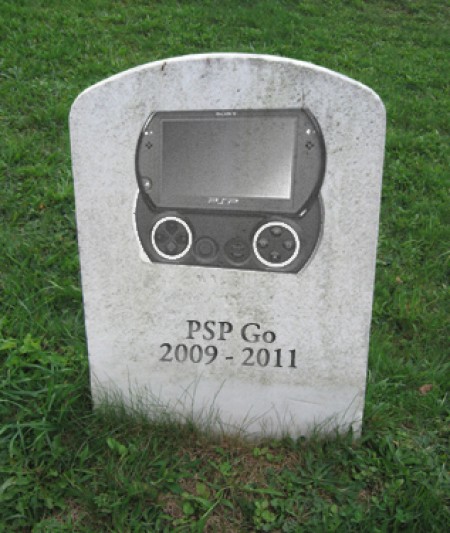 The legacy of this Sony portable experiment will most likely go down in history as a huge failure in the eyes of many – and real shame too – because one defining things about the PSPgo was its sleek form-factor that had a pretty screen that slides up to reveal the control pad. Add to that the ability not to have to drag around your favorite PSP games with you, made the system such a breeze to take on the go.

In a way though, this news about the presumed death for the PSPgo, at least for Europe and Japan (for some strange reason the portable will go on in the U.S., where sales have from the start been disastrous,) isn’t so much a surprise by this point, what with the Next Generation Portable arriving in the inevitable future.

All we can hope is that with this next portable, Sony has learned from their mistakes; mainly creating a ecosystem of games, both retail and digital, that are easily available  to customers and importantly – fun titles that are built to the strength of the device at hand.
While the PSPgo might be good and done, the standard PSP 3000 models will still be going strong, which is great because they’re a few choice top games to play on it, like Patapon 3 or The 3rd Birthday.