Despite selling millions of units around the world, Sony have no idea why their new console, the PS4, is selling so well. 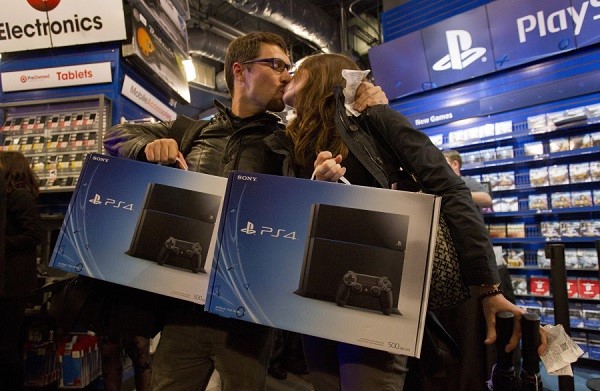 It’s something that they’d certainly like to put behind them but the fact is, Sony didn’t get off to a great start with the PS3. The console was far too overpriced and it also launched an entire year later than its closest competitor, Microsoft’s Xbox 360. With a handful of price cuts and a slew of incredible PlayStation exclusives (LittleBigPlanet and Uncharted, anyone?) the console did eventually scramble to a decent position but nonetheless Sony was keen not to make the same mistakes with the PS4. And thus far, they’ve succeeded. The PS4 is reasonably priced, has a great deal of fantastic games already, the free games of PlayStation Plus make it a venerable, must-have service and it’s selling incredibly well across the globe. But not even Sony could have predicted the PS4’s astonishing success and as they’ve now revealed they have no idea what caused it.

So what could be the real reason behind the PS4’s sales? It certainly didn’t get to 10 million global sales for nothing.

Arguably, the biggest reason is the PS4’s price. Retailing for under $400/£350 in the US and the UK respectively, the console is priced far better than new rival the Xbox One. Sales of Microsoft’s system have trickled in by comparison, with sales kept low (estimates suggest they’ve sold just 5 million Xbox One units) because of a hefty price tag that came from the Kinect 2.0 camera being a mandatory add-on. Not only that but buying a console gets even more expensive when you factor in the annual multiplayer subscription so as PlayStation Plus comes with far more free games (across PSP, PS Vita, PS3 and PS4) than Xbox Live (free games across the Xbox 360 and Xbox One) the PS4 becomes the  better bargain.

Sony’s PS4 success could also be helped by its global strategy. In the past, the PS3 has struggled against the Xbox 360’s might in North America, in the UK and Europe they were on middle ground and in Japan and other Asian countries, Sony dominated. These time, Sony has dominated in all of these territories due to a strategy that can appease everyone, no matter their culture or residency in the world. For example, deals for PlayStation exclusive content in multi-platform games like Destiny have made PS4 the go to console for the globally popular while attractive pricing everywhere and early launches in countries all over the world (the Xbox One has taken till now to launch in Japan) and other exclusives that appeal to everyone have made it a global winner. An example of how this has worked is in the UK where Sony recently notched up 1 million PS4 sales, beating the time it took for the PS3, PS2 and Xbox 360 to do the same by several weeks.

Finally, you have to look at the games for where the PS4 is fast outpacing the Xbox One. Obviously franchises such as Uncharted have a certain draw but it’s the reveal of games like Bloodborne and inFamous: Second Son that bring experiences to PS4 that aren’t available on any other platform. If Sony continues to bring great games like this to the console, then the sales figures will only increase in due time, so expect us to report on them once they do.