Folklord36 from Acidmods has modded and created what is being touted as the “PSP Laptop”. It makes use of an Xbox Chat pad, relocated speakers, LED lighting and even a QWERTY keyboard. The mod is certainly interesting and comes especially at the time when PSP Go is being launched. The screen makes use of a customized Joytech visor and he has repositioned the LCD screen and PSP’s original speakers. 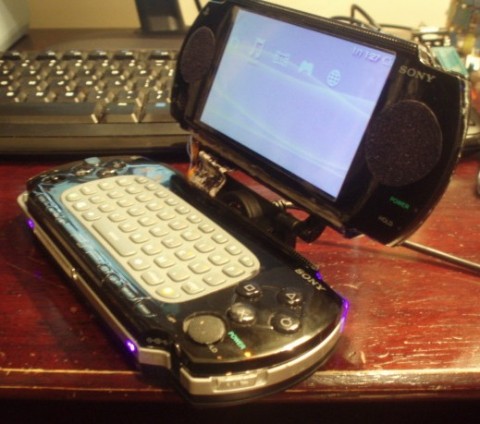 Using normal earphone fabric to cover all these parts, the LED lighting provides a futuristic effect to the retro looking mod. This PSP is one such mod that will make you cringe as you would not have thought of using a portable console with a QWERTY keyboard. It would help people who are totally into networking while playing games. There is no information about how much the modder spent on creating this unique PSP Laptop. 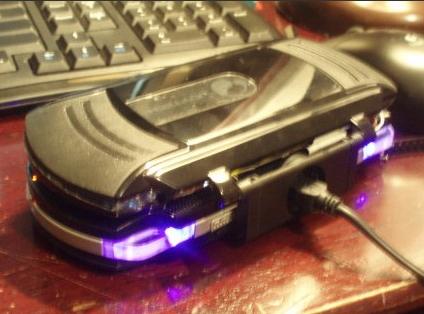 What beats me is the fact that the mod makes use of the latest parts which should actually make the mod look futuristic with all those shiny LED lights on, but it actually looks retro! Perhaps the QWERTY keyboard adds to the effect of the PSP Laptop looking retro-chic. If you were looking for other mods with game title themes, you should try the Final Fantasy XIII PS3 Mod. There was also the cool and distressed looking Real Alien PS3 Mod. 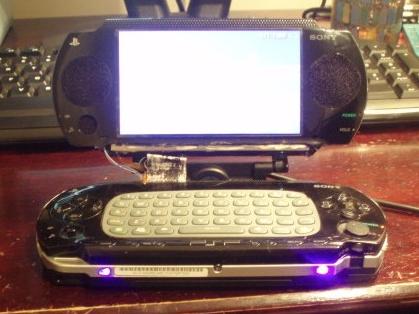