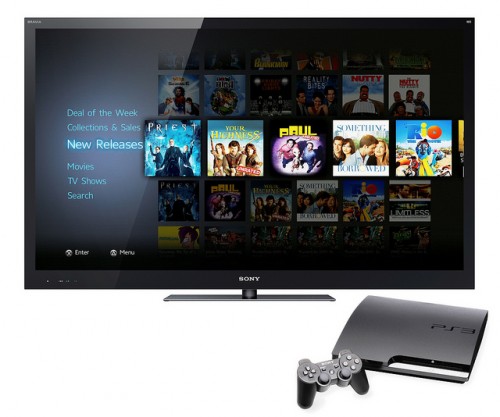 It could very well be the first look at what Sony has planned for its eventual revamp of the PlayStation Store sometime down the pipeline, but for now it’s just a new addition (along with the other additions we mentioned before) to the video section on your PlayStation 3, that for the time being, is only available to PlayStation Plus members. Branded the “Video Unlimited — preview” App – the handy application gives users a simpler means to browse, search and discover their favorite movies and TV shows.

Sleek, stylish, and kinda like The Matrix (okay maybe not), managing through the library of more than 40,000 movies and TV episodes has never been so simple or at least that’s the impression from previewers (click here to see it in action.) And hopefully, we’ll soon learn when the Video Unlimited app will be ready to download for the rest of the PlayStation Nation. 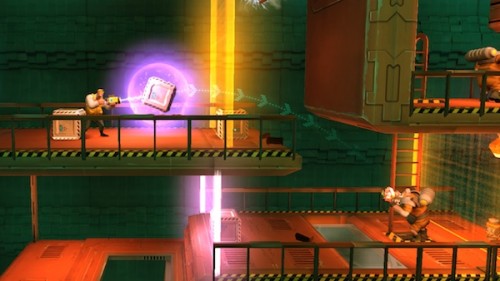 Now onto something more compelling to everyone, games. This time it’s a PSN exclusive title by Recoil Games called Rochard. Astro-miners, gravity guns, and side-scrolling action in one digital package — it’s here certainly all here, as you play the role of John Rochard, who must fend off space bandits by using said gravity gun to drop nearby objects on them like an anvil on a cartoon character.

Which actually makes sense just looking at that cartoonish visual style — and quite cool it is as well, almost Bionic Commando: Rearmed-esque. There is a demo for Rochard on the storefront, if said description has you interested but if your looking for something more gritty then there’s part two of the 15th anniversary party for Resident Evil, with Resident Evil Code Veronica X HD. 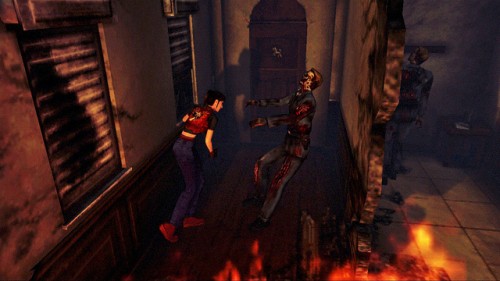 Released on the Sega Dreamcast, Code Veronica is the fourth installment in Capcom’s survival horror series and serves as a side-step of Resident Evil 3: Nemesis’s traits in terms of fixed-corner camera angles that were abandoned in Resident Evil 4 (released last week too!) It’s still an interesting game to explore though, and really expands the narrative of the series — giving more background information about the Umbrella Corporation.

All the amenities that were given to Resident Evil 4 HD are present in this version, with polished HD graphics and trophy support that make this a perfect get for any Resident Evil fan who hasn’t managed to play the original.

Embark on a gravity-bending journey across the Solar System! Join the amazing exploits of space miner John Rochard as he discovers proof of extra-terrestrial life. Rochard is an epic story of villains, a damsel in distress and an alien civilization that features hours of action, mind-blowing gravity gameplay, exploration and puzzle-solving in a humorous, side-scrolling adventure.
ESRB rated T
File size 1.26 GB

A classic horror title, revived for the PlayStation Store! It’s been 3 months since the destruction of Raccoon City. Claire Redfield travels to Europe in search of her brother, but is captured and held prisoner in Rockfort Island. Can Claire escape the horrors of the island?
ESRB rated M
File size 2.38 GB

Dracula returns in Castlevania Harmony of Despair, with the second launch of the title this time for PlayStation Network. Featuring the classic fast paced 2d, side scrolling action the series is known for, fan favorite vampire hunters from across the series will join forces to return Dracula, the Lord of Darkness, to his eternal slumber.
ESRB rated T
File size 772 MB

Experience the fun of Mercury Hg! Mercury Hg is the next step in the evolution of the Mercury series. This unique arcade puzzle action series now has graphical brilliance to match its entertaining blend of balance, puzzles and mazes. Featuring 60 progressively difficult levels and all new tile obstacles such as conveyors, doors, moving platforms and ultra-slippery and sticky sections, Mercury Hg delivers great fun.
ESRB rated E
File size 114 MB

Wake up in the Mojave Wasteland with an edge. Courier’s Stash gives players immediate access to four content bundles previously available only through pre-ordering Fallout: New Vegas. The Caravan Pack, Classic Pack, Mercenary Pack and Tribal Pack each offer unique weapons, apparel and aid advantages that will help you throughout your journey.
File size 14 MB

The famous weapons manufacturer, Gun Runners, has opened up their exclusive cache of armaments including new weapons, weapon mods, ammo types and recipes. Their inventory doesn’t come without a price, though. Trek far and wide throughout the Mojave Wasteland in search of this elite class of weapons that range from the outrageously potent to the bizarrely impractical.
File size 77 MB

Are you a natural predator? Now SkyDrift brings you the two classic multiplayer modes Deathmatch and Team Deathmatch, where only the number of opponents you eliminate will earn you honor and respect. Improve your hunter skills in 6 breathtaking arenas including Warfactory, U.F.O. and Scrapyard. It’s up to you to join an existing dogfight or create a new area and choose from settings like weather conditions or time limit.
File size 111 KB

Arcade Sports Bundle is a collection of classic arcade sports games that are easy to pick-up-and-play. Try your hand at Air Hockey, Darts, and Bowling with a huge range of game modes and unlocks!
File size 50 MB

You control a strange snake, which resides in a strange pond in a strange world with some strange rules. The aim is to stay alive as long as possible by collecting life force gems. With time, life force gems become more and more scarce, resulting in a desperate race to reach the next one before it’s lights out.
File size 11 MB

Conquer the Galaxy like never before! Galcon Labs is an awesome high-paced galactic arcade-strategy game. Send swarms of ships to defeat enemy planets and conquer the universe!
File size 16.6 MB

Help Badger, Cole and Kamiko rid their town of Big-Wig and his army of evil Bad-vertising robots!
File size 75 MB