Find out what’s going in the Limited Edition set for the Metal Gear Solid HD Collection this November. 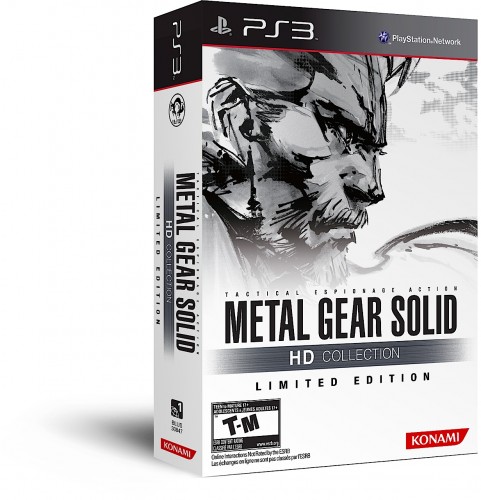 It might not be the the colossal mega-load of goodies you might be getting with the Uncharted 3: Drake’s Deception Collectors’ Edition, but it’s not last week’s leftover tuna salad (eww) either . Welcome with open minds readers, the collectors edition for the Metal Gear Solid HD Collection arriving November 8th.

With the Metal Gear Solid HD Collection Limited Edition, Konami has gone with a more subtler approach, one that fans of the series will hopefully appreciate. No price has been giving yet (UPDATE AT BOTTOM) for the specialty gaming item, but what has been detailed is the rather eye-candy of a hardcover box with art from Metal Gear Solid series artist Yoji Shinkawa. 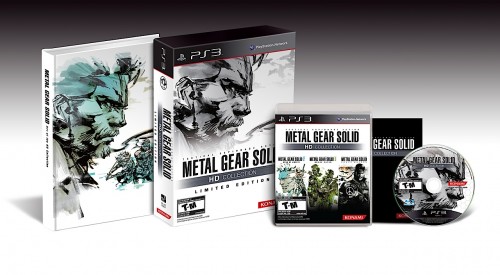 Mr. Shinkawa’s beautiful silhouette-esque imagery has been a notable trait, and an awesome one at that, for the KojiPro created games since the original PlayStation One release, and surely, it won’t just be used in this instance for just a box. Also included in the Limited Edition, is an exclusive 248-page art book by the illustrative master featuring art used through out every Metal Gear Solid title.

That’s about it. Yeah, not so much of a (air quotes) “Limited Edition,” but who knows, it might not be priced that much because of what’s offered. Although, I said (air quotes, again) “might” — so don’t go shooting the messenger if the powers that be decide to deal a bad hand. Heck, no one’s even forcing you to buy it either, so why be mad… just keep cool my babies! Ps3Maven out. Peace!

UPDATE: Some breaking info folks has just been giving to me and it turns out the Limited Edition will cost $79.99US. Meaning you’re only paying $20 more for an art book and a hardbook cover, which is not a bad deal honestly. Praise thy oh mighty gaming gods for your kindness!