40 Minutes Of ‘Silent Hill: Downpour’ For Your Viewing Pleasure

Prepare yourself for around 40 minutes of unfiltered video from Silent Hill: Downpour.

I hope with all the gushing you’ve been doing over the upcoming Silent Hill Collection that you didn’t forget about the other new entry into the famed Konami survival-horror series shipping quite soon – not that I should blame you, Silent Hills 2 & 3 bundled together and remastered in high definition sounds down-right distracting.

Ah, but so will be Silent Hill: Downpour when it falls on North America retail shelves this November 4th. The Czech Republic’s own Vatra Games is taking the helm of this eighth, yes, eighth iteration of the chilling franchise, which is carving out it’s own story separated from plot-lines from previous entries and tells the tale of a new victim… I mean protagonist, escaped convict Murphy Pendleton.

Right after his prison bus suddenly crashes, Murphy, who’s past will unfold as Downpour does, finds himself on the outskirts of the ghostly town of Silent Hill. If Mr. Pendleton thought prison life was hard before, he’s now just entered an even hellish one of the most twisted, disturbing kind. That’s the premise of course — but what about the gameplay? 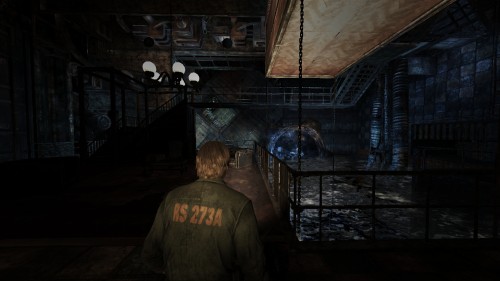 The last Silent Hill game on an HD console, didn’t exactly win over the warm graces of gamers and veterans of the series. Good thing then that it seems that Vatra Games is taking those complaints to great heart, with many conversations with the development team quite upfront about not only improving the core gameplay, but also borrowing influences from Silent Hill 1 and 2.

It’s getting back to what those first games did so right: mainly, discovering your surroundings and being able to think on your toes about how to escape your monstrous pursuers, without the use of guns to boot. And from the footage you’re about to see below from the website Rely On Horror, Silent Hill: Downpour is shaping up to pull this off. Fingers crossed and all that.

Of course this 40 minute preview is a bit “spoilerish.” So if you don’t want your spooky bubble to be burst upon, then I suggest instead that you should read about how the Uncharted series was originally intended to be a fantasy based adventure. Crazy story that. For the rest of you who just don’t give a dang like a boss, enjoy:

Via: Rely On Horror