Uncharted was Originally Intended to be a Fantasy Adventure

Don Poole, a former employee of Naughty Dog recently stated in an interview that Uncharted was originally intended to be a fantasy based adventure. 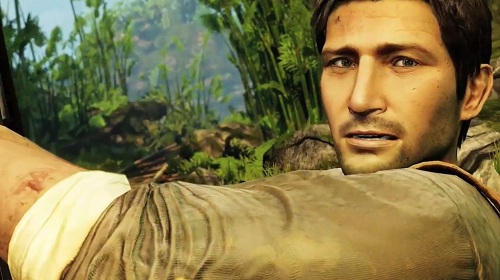 According to sources, Poole stated that Uncharted would involve “a forest world where the antagonists lived underground. It had elements of Tolkien in for sure”.

We can only imagine what this end product would have turned out looking like. Elves crashing through the jungle, villains emerging from underground lairs, bright colours, fast talking animal sidekicks… Heck, why not throw in a good dose of slapstick comedy while we’re at it!

How’s that for strange?

Apparently, this was the vision that Naughty Dog originally had for their game, but Sony pushed for a more realistic, this world, centered game. Of course, we have to remember that when the first Uncharted was being concocted, the modern dark and gritty shooters we’ve come to love were only starting to make their way to the market.

As well, most of the early development team was high on the success of more comical and bizarre titles like Jak, Crash Bandicoot and other Sony franchises. Poole even suggested that seeing the success of titles like Gears of War on the Xbox were some of the strongest reasons to put a more mature spin on the title.

So, I guess we can all be glad that at the end of the day, Sony’s marketing push for an older market helped craft the Uncharted franchise into what we know and love.

In other news, check out the ‘Gravity Daze’ preview from TGS and a new Suikoden game heading to PSP.