Benheck PS3 Controller Mod with Shoulder Button in the Front

In controllers, shoulder buttons are usually placed along the edges of the device which makes it rather inaccessible and annoying. Even in the PS3 Controller, the shoulder buttons are located in a weird corner and hence BenHeck decided to get them right to the middle so that one could manipulate them using the thumbs. This custom controller was actually requested by a customer and thus BenHeck replicated the buttons in the front. 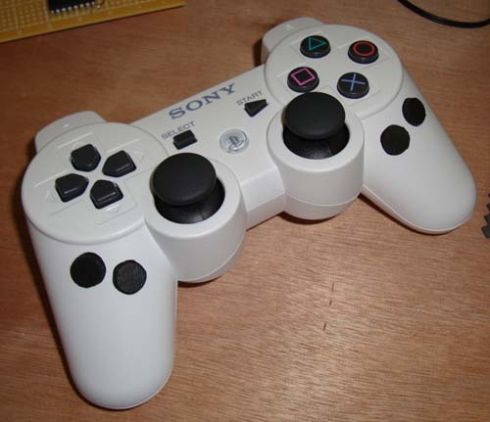 Sadly, he had to remove the rumble motors in order to accommodate the shoulder buttons though they are quite redundant these days. The modified controller actually looks pretty cool and if you look at it without guessing too much, you could mistake it for an original PS3 controller. Perhaps that is what is the coolest thing about a BenHeck mod: they do not appear too modified but you will never know until you use them, and then you are in for a shock.

There have been several PS3 Controller mods that we have listed earlier. In fact, you must check out the Mad Catz PS3 Controllers Design Collection that we featured. If you are into arcade games more, you might want to read about the Tupperware PS3 Arcade Controller. The Dual Shock Controller can’t be ignored either as it looks really attractive and grabs the viewer’s attention almost immediately.