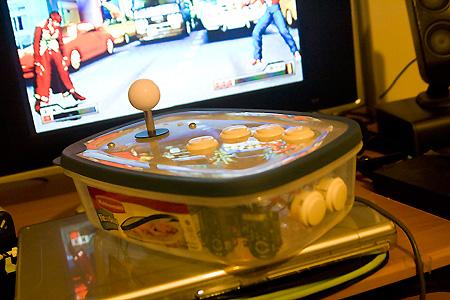 The PS3 Aracde controller is extremely popular but seems to be a little too expensive for more than a few, or perhaps people just prefer making controller mods by themselves.

This specific PS3 controller mod is made from Tupperware. This could be because the individual was trying to save money or materials, thought of the idea while making sandwiches, or is writing a kitchen mod book for gamers. Whatever the reason, it is pretty damn cool for what it is, and the fighting it could get done.

I only wish an upgraded version will be made that could also hold a few sandwiches and drinks inside, so in between fighting rounds, you could get some replenishment. For another cool mod, check out the cool Dual Shock PS3 Controller design. 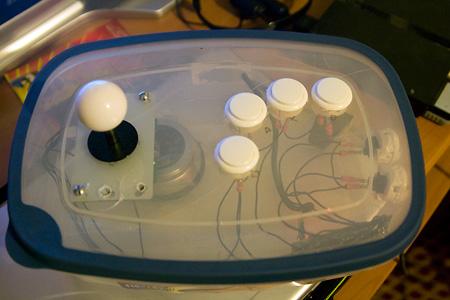