Osuroller at PS3Hax is on a mission to turn a PS2 into a portable console. While it could be a daunting task, he sems excited and determined nevertheless. He mission began last year sometime and it is not sure if the supposed portable console materialized. 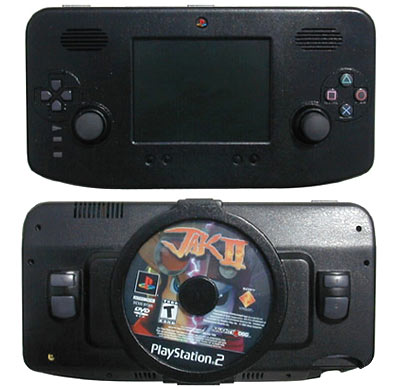 However, looking at the pictures he has provided for the intended end product, one can’t help but admire at the innovative spirit of the modder. The idea was to convert a slimline PS2 into a portable console with all the necessary buttons and some customized images.

While it is not clear if he managed to do it, the comments on the thread reveal that people were more interested in turning the PS3 into a portable console. However, judging by the size of a PS3 I can’t but be skeptical if such a thing could even happen. Moreover, one could always use the PSP or wait for its next version to arrive in the market.

However, it was a little too tempting to think that the PS2 could be converted into a portable console. If anyone has any idea about his mission’s success, we would all love to know! Successful mods like the NEStation PS2 Mod and the Homicide Mod are just too cool to be described in words. If you are strong enough, forget about converting your favourite console into a portable one, and instead look forward to Microwaving it!