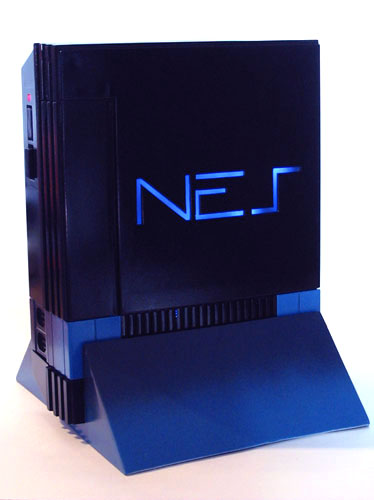 NES is one of the best consoles ever, and the reason why everyone likes it is because it is almost timeless. There has not been a single kid around, or even adults who have not played cool retro games on the NES. It has been more than a couple of decades that the cool console has persisted and been subjected to modding and hacking all these years. In fact NES is one of the best consoles around to mod. Take for example this shiny LED illuminated NEStation Mod which is the brainchild of French modder kotami. 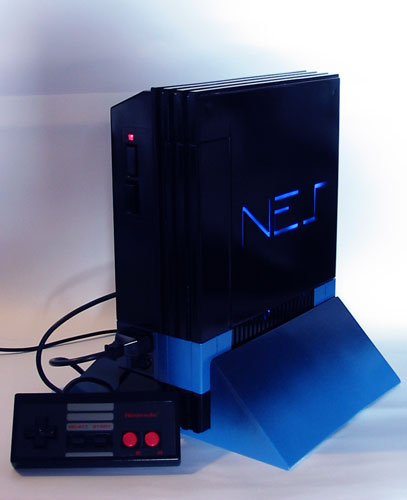 He used a standard NES and painted it black. After doing so, he added blue LED lights, which makes it chic and stylish. The real deal of this mod is that it has been styled to look like the PS2. The base seems to have been built by plastic/fiberglass and you could play it horizontally as well. The cool blue glow that emanates from the mod reminds you of cool nightclubs like Buddha Bar in Paris. Perhaps, even geeks in France are style conscious and know who to glamorize gadgets that are otherwise nerdish. 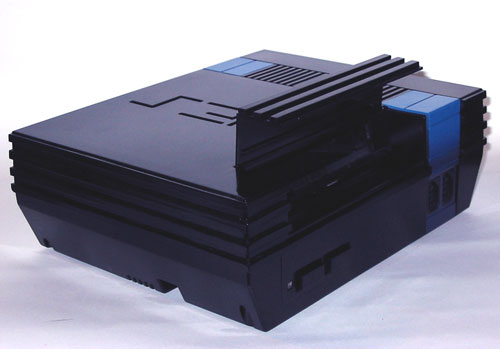 Kotami may soon come back with another Haute Couture mod from the land of France, this time for a PS3! While you may be wondering what the fuss is all about an NES and why one can’t just mod a cool PS3, you still could check out the number of mods we have written about. The Far Cry 2 Mod is an artistic reply to geekish mods. The Wood Themed Mod is yet another stylish mod which tries to compete with French couture. 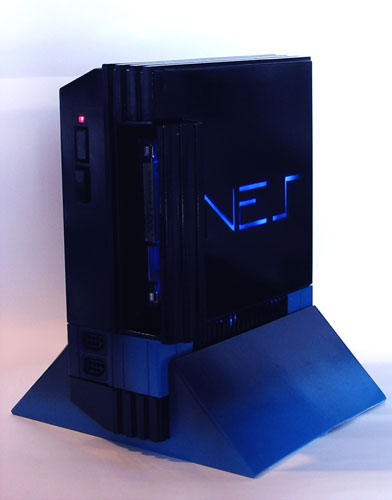