Devil May Cry 5 will Soon Be Out 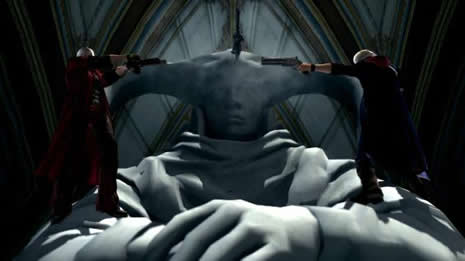 Dante and Trish are the favorites among many of us who have loved to play the Devil May Cry game. While we have tried hard to help the duo get rid of the evil demon Mundus, we have also enjoyed all the stories told through the game’s cut scenes. The game has been critically appreciated and the four series have already done really well. The latest rumor is that Capcom is going to soon unveil Devil May Cry 5 which is the sequel to this wonderful series.

While the previous games have been known to feature “Extreme Combat” many people have begun to expect a more serious and gory violence being portrayed in the fifth series. The reason why the games are getting more and more violently lately could be due to the fact that most of us gamers are getting desensitized to violence in the first place. Thus, developers try to make games more violent than the previous versions of games. While the previous sequels of Devil May Cry were not only violent but also intelligently action packed, we can expect a lot more in the fifth sequel.

However, the trailer may not tell much but would only give the release date. The trailer is disappointingly going to be just above a minute long and may not reveal much about the game. The game would be out on other consoles and PC as well, along with PS3. Many other popular games are also going to have their sequels in the near future. The New Terminator Salvation has created a buzz in the gaming world with its awesome trailer. Western fans can look out for Red Dead Redemption.