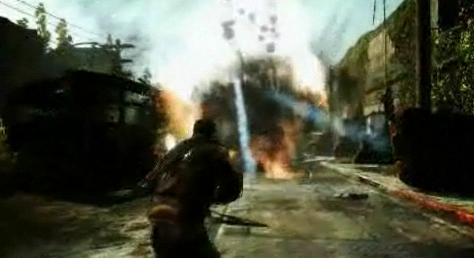 Terminator Salvation is expected to be released later this month and much has been talked about it already including the ‘ground enemies’ trailer which was out sometime ago. To refresh one’s memories, the trailer revealed that Terminator Salvation is going to be one helluva game which packs a lot of intense shooting and third person combat.

One could also see that there are many specially designed weapons, which look pretty impressive. The imagery is quite post-apocalyptic and graphically rich too. However, the trailer repeatedly shows bots and terminators being shot over and over again, which we have seen in many other games too.

The new trailer may certainly be awe inspiring with loads of action and violence, but what sets this game apart from other games is something that we must wonder and think about. The bots that have been shot over and over again repeatedly come back again and many commentators have felt so as well, and have rued about the lack of other people to shoot at. Perhaps this game would be a disappointment, and perhaps not.

If it is not going to be a disappointment, we must expect Grin to be holding back a lot of exciting details. That could certainly be a possibility as well. The God of War 3 had more intense fighting, if you ask me. The best was however the Batman Trailer which we saw earlier. Nevertheless, these were not shooting games in particular, and Terminator Salvation may have a lot more to expect than what we see in this trailer.