If you believed in simple mathematics, you would know that when you add numerical 1 to numerical 2, you would get a sum of 3. That is what seems to have inspired this unknown modder who has conveniently joined a PS1 and a PS2 and called it a PS3! He has used duct tapes to join the ancient PS1 and the almost redundant PS2 and has created a modern monument of sorts. 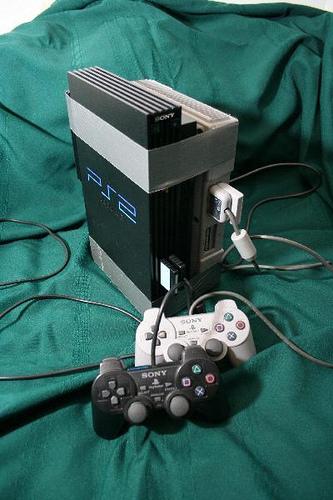 I really do like this mod, though it doesn’t need a lot of geekish knowledge to create it again! This is one way you could restore your old consoles to some purpose. Use a duct tape, and join them to create a piece of art that I am sure would be really valuable after a couple of decades, because it already would have been an antique.

I am not really sure if the ps1+ps2 = ps3 mod works or not, but it just might! If you have any information about it, do share it with other readers in the comments section! You can check out other cool mods like the PS3 Steampunk Mod and the wood themed PS3 Mod. If you want something older, the NES and PS2 mod is pretty cool too!