Being an early adapter will have it’s advantages if you pre-order the PlayStation Vita First Edition Bundle at a select retailer, starting now. 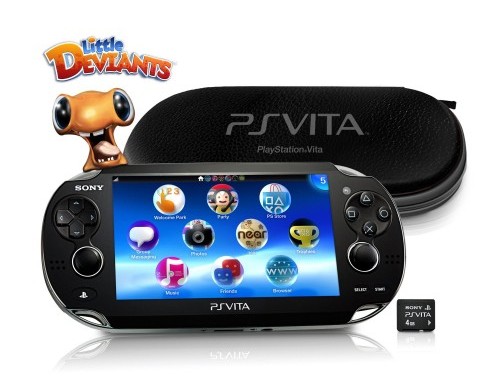 The 15th or the 22nd. Nope, it’s not a surprise math pop-quiz (it’s cool, you can put away the pen & paper) but rather a choice sharp shoppers will have when it comes to the PlayStation Vita First Edition Bundle, as starting now folks can pre-order this bundle – albeit at a much higher $350 price-tag – and instead of waiting till February 22nd to get a hold of Sony’s shiny new handheld, they’ll receive it a week earlier on the 15th.

But of course, there’s more to this deal than just bragging rights over your friends (be nice and don’t over do, m’kay?), leading me next to the finer details about what exactly this bundle contains. Inside the Vita First Edition Bundle, you will find the 3G enabled version of the Vita (which totally explains why it’s double the cost of the non-3G Vita), a fancy leather carrying-case, a 4GB PS Vita memory card, and a copy of Little Deviants. 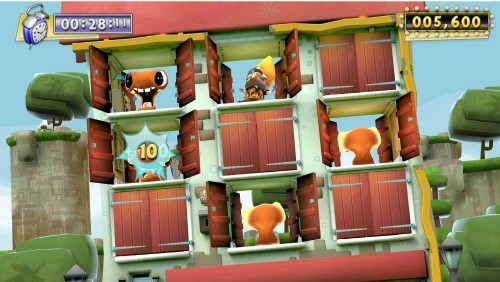 Not bad choices, I suppose. For one thing Little Deviants is a splendid candidate to show off the Vita’s dual-touchpad, dual-analog features with the game’s quirky batch of entertaining mini-games — and as for memory card options — seeing as how the standalone Vita comes without one (yeah, we didn’t know about that either until we squinted hard at the North America box and noticed a little logo that informs the buyer that memory is sold separately — pretty sneaky sis, indeed) this likely is the best value anyone can get for their Vita buck.

Let me put it this way. Adding in the base cost of the system itself ($250), a game to start off your collection ($40), and a memory card to save your game’s data and what not (I’m thinking for the cheapest… probably $20?) — your end total for jumping on the Vita bandwagon day one will probably be around $350 dollars anyway. Which is where I think this bundle is truly worth considering if you want to avoid consumer-electronics shenanigans.