Watch the new trailer for Q-Games next digital offering coming soon to the PlayStation Network, PixelJunk SideScroller. So bright and oh so right! 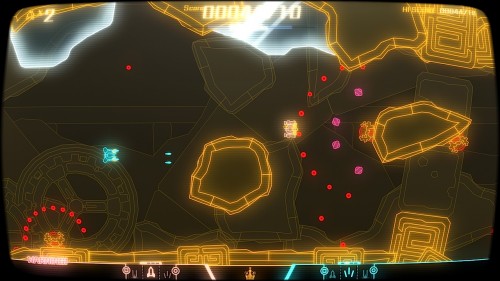 PixelJunk SideScroller is the latest entry from Q-Games that, along with their other similarly named titles, bring catchy gameplay and pretty graphics together in one short but always fun meal. It’s what the Kyoto, Japan based developer does and excels at, and by George, we love them for it.

This time around the developer is bringing their funky colorful spin to the shooter genre, and to be more specific because their last two games were shooters of sorts, the arcade side-scrolling shooter. Inspired by the likes of Konami’s Gradius or Irem’s R-Type series, PixelJunk SideScroller is a high definition, techno-beats popping, and spectrum of colorful explosions take on the whole sub-genre that once played a big role in the golden age of arcades.

And down from the arcade cabinet retro-tube with faint scan-lines, that experience is recreated to up-most brilliance that would make any side-scrolling shooter fan, which includes your plucky writer here, flip up-and-down uncontrollably like a miniature wind-up pup.

Reportedly, PixelJunk SideScroller will come with two-player local co-op, as shown in the video above duh, which undoubtedly will be buckets of fun without wasting buckets of quarters. No exact date for SideScroller as of yet from Q-Games or Sony, but one can hope it won’t be too long until the game hits the PlayStation Store.

Ah! That reminds me — make sure you take a browse through the PlayStation Network’s current summer release special event with PSN Play, which is highlighting some awesome games that you can pre-order now and receive bonus content for doing so.