Just as developer team Just Add Water had announced late 2010 but with no specification of ‘when,’ Oddworld Inhabitants has confirmed that HD versions of the classics “Oddworld: Munch’s Oddysee” and “Oddworld: Stranger’s Wrath” (which have been exclusive for Xbox up until now) will be released on the PSN by summer. The remakes will have, along with sharpened graphics, a set of new features yet to be revealed. 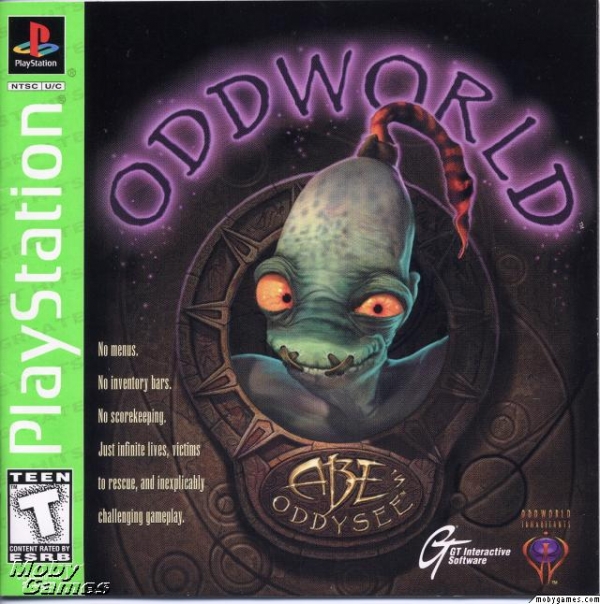 The two Oddworld titles originally released on the first PlayStation are 2D platform games that command wits, nerves of steel, patience, and the steadfastness to run for your life when it’s necessary. The games’ creatures’ design and the detailed scenarios are especially catchy, yet somewhat bizarre. The first game’s case cover makes it quite clear: no HUD, no scores, no menus, infinite lives. You’re the stinkingly weak guy with no weapons, and you gotta survive a whole world that tries to eat or shoot you. And also rescue hundreds of your friends! To do so, the games feature a “GameSpeak” function by which the main character can interact with NPCs that would follow instructions like “follow me”, “wait”, or “work.” But not all was escaping and avoiding: as the main character developed his shamanistic powers, he could take possession of the enemies’ bodies to blend as one of them, make them kill each other, or get them out of the way.

“Oddworld: Abe’s Oddysee” tells us the story of this Abe guy, a common Mudokon who lived a humble life as an exploited worker in one of the biggest food-processing factories in the Oddworld: Rupture Farms. Abe was on his routine cleaning round one day when he found out that the Glukkon executives were displeased with the sales of late. But chief Mullock had a plan: processing the factory’s own Mudokon workers as food! Terrified about this catastrophic omen, Abe makes a run for his life out of Rupture Farms, getting past the armed Slig guards and security mechanisms, and without even wanting to, he embarks on a quest to seek the ancient wisdom of the Mudokon tribes, challenging the sacred Paramites and Scrabs that the Glukkons process as mere munchies, and, after obtaining new power, rescue his fellow Mudokon workers from consumption… without getting them killed in the process!

Having saved his Mudokon brethren and shut down Rupture Farms, Abe and his fellows engage in a well-deserved celebration party when, suddenly, Abe has a vision:  the bones of the ancient Mudokon tribes, his ancestors, are being taken from their burial grounds and used by the Glukkons as ingredients to make brew. And they’re using Mudokon slaves to do it! Thus begins “Oddworld: Abe’s Exoddus”, as Abe sets out on a new journey to shut down the dreadful brewery. But since his last adventure, Abe has gained new powers. Now able to posses Scrabs and Paramites, Glukkons and Flying Sligs, give new commands to his fellow Mudokons as well as commanding Sligs guards when possessing a Glukkon or attacking in packs when being a Paramite, Soulstorm Brewery has someone to fear. 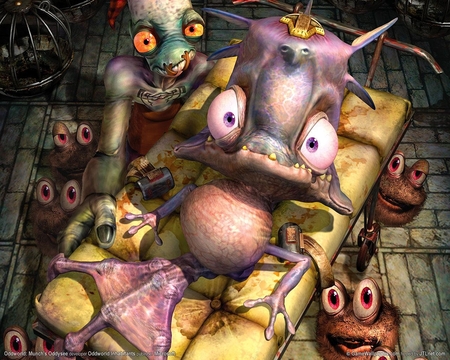 “Oddworld: Munch’s Oddysee” shares with its predecessors the same kind of gloomy, industrial atmospher, humor, and challenging gameplay, also featuring the GameSpeak function, the shamanistic possession of enemies, and the quest to rescue hundreds of innocent creatures. But adds a whole new dimension. Literally! The game is the first Oddworld 3D platform game, and tells us the tale of Munch, a frog-like Gabbit who is all alone in the sea. Merciless fishnets had taken all of Munch’s friends, and now he calls for them all over, but no answer comes. One day, mistaking a trap’s decoy sound for one of his own, Munch gets captured and taken to Vykkers Labs, a facility where two Vykker scientists intent to keep him alive, only interested in the delicacy that are Gabbits’ eggs (or “Gabbiar”), and in Munch’s lungs, well-suited for replacing those of the chain-smoking Glukkons. Luckily, the sonar that the scientists implant on Munch’s head allows him to free the tiny yet ferocious Fuzzles kept in the lab, which serves the sea creature to escape the place. That’s when he meets Abe, the Mudokon hero who had been told of Munch’s tragic story and set out to save him from captivity. They then accept the duty of rescuing the Fuzzles, the Mudokon eggs that are to become slaves upon hatching, and the last remaining Gabbiar (the last of Munch’s people) that is scheduled for an auction, all kept in Vykkers Labs. Changing from one character to the other, swimming and freeing Fuzzles with Munch, talking to Mudokons and taking them to fight against Sligs using Abe, the real challenge begins. 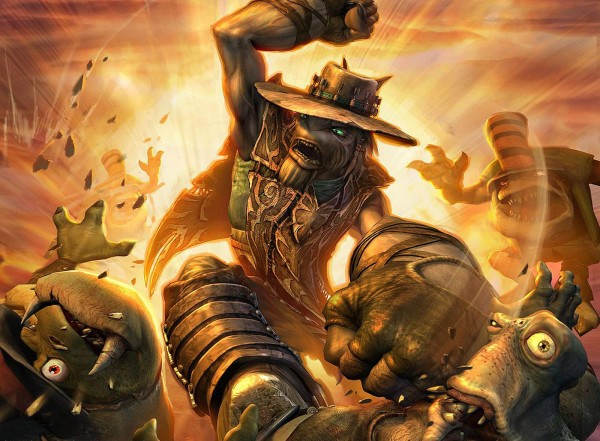 Oddworld gets Stranger with “Oddworld: Stranger’s Wrath”. Enter Oddworld’s wild west, far from where Abe and Munch’s adventures take place. There we incarnate Stranger, a mysterious, feline-like, dexterous, cool bounty hunter who, by means of a special crossbow that fires “live ammunition”, bolts made of insects and small mammals found on the way that have different effects on the targets they hit, catches criminals and outlaws to pay himself a life-saving operation. One day, Stranger hears the story of a town of creatures known as Grubbs, who are beset by a demon. Long ago, the Grubbs lived under the protection of a race called the Steef, but they’ve found themselves underpowered since the Steef got extinct. A man called Sekto, who keeps the Grubb village under control and is supposed to have driven the Steef to extinction, hires an outlaw to capture the Stranger, as he believes he knows where the last Steef still remain. However, it turns out that Stranger IS a Steef, and when he sets himself free and meets with the leader of the Grubbs, he accepts the duty to save the innocents villagers, and confront the demonic Sekto.

Ah, good old times. That reminiscing does the heart good, eh? And what’s better, those good times will back when we’re able to play the whole Oddworld collection.

Check out some other good oldies like these 5 Konami Classics of the PlayStation Platform, or these TurboGrafx-16 Classics.