As only the beginning of the PSP remastering project that Sony has embarked on, Monster Hunter Portable 3rd will soon migrate from PlayStation Portable to PlayStation 3. And the title to follow that same path might one that’s been a part of Sony’s spearhead franchises for quite a bit. 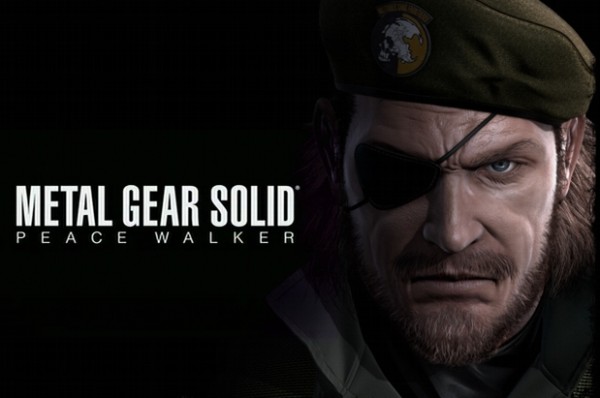 Directed and written by Hideo Kojima himself, “Metal Gear Solid: Peace Walker” has been a jewel scarce among gamers: if you didn’t have a reason (as if this game wasn’t reason enough) to buy a PSP, you simply wouldn’t have the chance to play it.

The game included many features unique only to it, like the “Co-Ops” missions, which up to four players could take on, allowing them to perform several coordinate moves, like holding up closing doors, performing CPR on fallen comrades, and assume different roles based on taken equipment, like scouting ahead to clear the path for the rest of the team. You could bring different load-outs to the mission, like one that lacks movement speed but has great defense, or one that excels at camouflage or sneaking. Firing from the over-the-shoulder view, performing CQC on various attacking enemies and tumbling them on each other in a combo, recruiting subdued enemy soldiers using the Fulton Skyhook and assigning them for research, medical, combat, and intelligence corps, capturing enemy military vehicles, calling for artillery fire and resupply drops, sharing a cardboard box with your allies, fighting Monster Hunter’s insignia monsters, BUILDING YOUR OWN FRIGGIN’ METAL GEAR, ZOMG! This game had it all.

And now, it’s been unveiled that this wondrous game will be announced at E3 2011 as a remastered version for PS3, with sharp HD graphics, support for the Dual Shock joystick, and yet to be revealed features, such as SIXAXIS support and stereoscopic 3D.

The time will soon come, to join the Militaires Sans Frontières and aid Naked Snake in his cause on our PS3s.

But for the time being, let’s check out how Monster Hunter 3rd Remastered for PS3 is going to be. Or get in the playing mood by checking this Lego M1911 pistol, these cool Metal Gear Solid sneakers, or this Solid Snake Vinyl Figure.