Marvel vs. Capcom 3 Special Edition Collides With Our Universe In February

The fate of two worlds will come down to a good ole’ 3-on-3 tag fist fest in Marvel vs. Capcom 3. So what better way to mark the occasion but with a special edition package from GameStop. 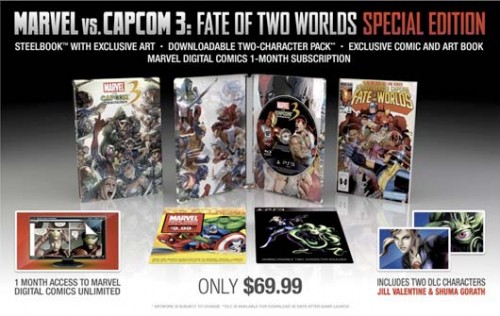 The last Marvel-Capcom cross-over fighting game was over 10 years ago, the year 2000 to be accurate. A time period when the Jersey Shore was just a shore, Tweeting was exclusive to birds, and the only ‘pat downs’ at the airport was most likely the air plane pilot.

Plus the thought of fighting games crawling back from the niche underground scene and back to the mainstream spotlight was, to the major gaming populace, unthinkable. Especially considering that for the most part at that time, arcades in the U.S. had gone the way of the drive-in movie.

Strangely thought, thanks to strong dedicated fan demand, in the past 2 years or so, we’ve seen somewhat of a fighting game resurgence. Not at the same successful heights the genre received back in the early-to-mid 1990s, but a revival still that has brought a fresh surge of bright-faced newcomers. 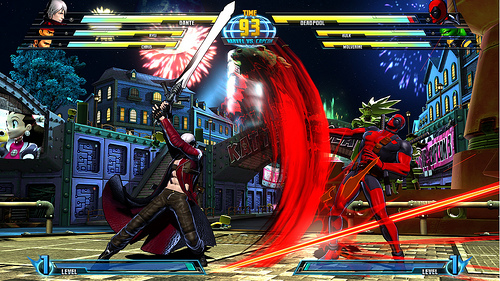 With Marvel vs. Capcom 3: Fate of Two Worlds, developer Capcom hopes to strike it big with this new audience, and also give long-faithful fans of the series a modern high definition face-lift to the fun fast-paced 3-on-3 tag action starring a buffet of popular characters from both Marvel and Capcom.

Thankfully that all appears to be still intact in Marvel vs. Capcom 3 – sans the pretty 2D sprite work in favor of full 3D character models that look great too – which is great news for anyone who likes their fighting games. (I do!) 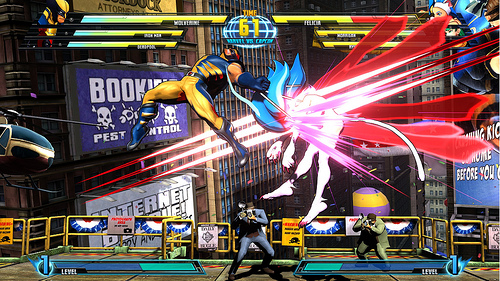 Even better GameStop is pulling out some fancy extras that will please both the comic book and fighting game aficionado.

Included in the Marvel vs. Capcom 3: Fate of Two Worlds Special Edition is a steelbook case imprinted with “exclusive artwork,” a one-month subscription to Marvel’s online digital comics service, and a prologue comic just in-case you’re the type that needs a story for his/her fighting games. (Seriously?)

And lastly the Special Edition has a voucher to download 2 characters, Jill Valentine from Resident Evil and Shuma Gorath from Doctor Strange, which will become available four weeks after the game’s launch. Pretty sneaky sis. 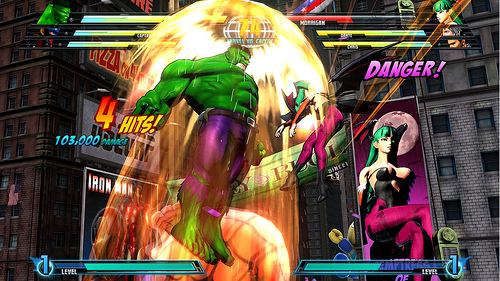 I’ll reserve judgment on where this seems like a cheap way for Capcom to nickel-and-dime people (but it kinda does seem like it) until we know the official number of characters are in the regular version of Marvel vs. Capcom 3.

Plus you also have to keep in mind how much hard work Capcom has put into the game for fans, and that certainly counts for something.

Marvel vs. Capcom 3: Fate of Two Worlds (PS3 & Xbox 360) will be dropping February 15, 2011 in North America, and right now you can fork over the dough for the special edition version at GameStop.

Check out the new DLC for Scott Pilgrim vs. the World, and the new PlayStation Move enabled game — Beat Sketcher.