Mark Wahlberg To Star As Nathan Drake In ‘Uncharted’ Movie

The Uncharted movie is another step closer to the big screen with a surprising choice to play that charismatic treasure-hunting thief Nathan Drake — actor Mark Wahlberg. 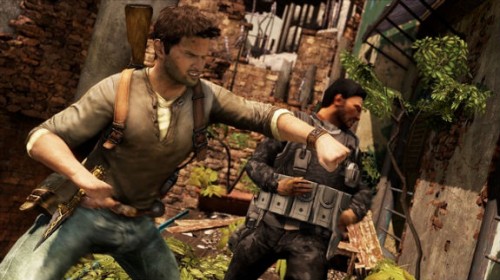 So where are we on the video game turn feature-length movie scoreboard? Let’s see, after this years Resident Evil: Afterlife, that’s ‘successful movies’ – 0, a ‘giant turd in the collective history of films’ – AS USUAL.

On June 30, 2009, it was confirmed that movie adaptation of the Uncharted series, the duo of exclusive mega-hit action-adventure games for the PlayStation 3, had been in the works for the last year-and-a-half by Columbia Pictures. (Columbia Pictures the most obvious choice seeing they are owned by Sony.)

While bits and pieces of the movie have only been revealed, what we do know currently is that the Uncharted movie is being produced by Avi Arad (Spider-Man), Charles Roven (The Dark Knight), and Alex Gartner.

Later in October it was then announced that Director David O. Russell (Three Kings, I Heart Huckabees) would be penning the script and directing the Uncharted movie which will hopefully begin shooting next summer.

Of course now it comes down to the million dollar question — who will play the title role of Nathan Drake? MTV offers up the answer, and sadly it’s not Nathan Fillion (Castle, Firefly) despite his almost uncanny similar appearance to Drake.

It’s movie star Mark Wahlberg, who revealed the news in an interview with MTV. And yeah, that Mark Wahlberg from that horrible Max Pain movie, but who has also starred in some really good movies too (Boogie Nights, Three Kings, The Departed.) 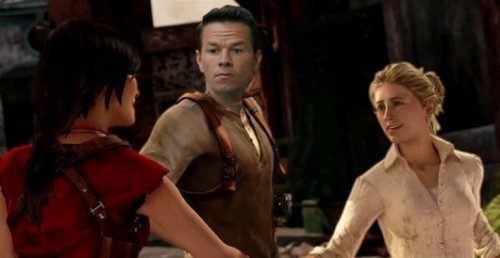 Wahlberg also mentioned in the interview that legendary actor Robert Deniro might be playing Drake’s father, and wise-guy actor Joe Pesci as his uncle.

Quite a strange direction for the movie indeed, seeing as no game in the Uncharted series have featured or made knowledge of Drake’s family. Judging from that, it may seem that the movie might look further into the lead character’s family background. Very interesting.

No release date for the Uncharted movie has been set, but it’s probably sure to bet on 2012. Whether it will be good or another entry into the long line of bad video game inspired movies — well, that’s one bet I won’t be taking up.

I’m sure some of your are sad that Nathan Fillion isn’t playing the lead role in the Uncharted movie, but cheer up and check out Pac-Man Champion Edition DX or Gran Turismo 5.