Chile is no stranger to the PlayStation 3 and is one of the largest markets for video game related products. With that being the case, the Chilean market doesn’t need to be introduced to PS3 or PlayStation in any way, as they would immediately recognize the products. Thus, Ogilvy & Mather, Chile have created a promotional Poster Ad for PlayStation that contains the stark image of a Lego PS3 Controller. 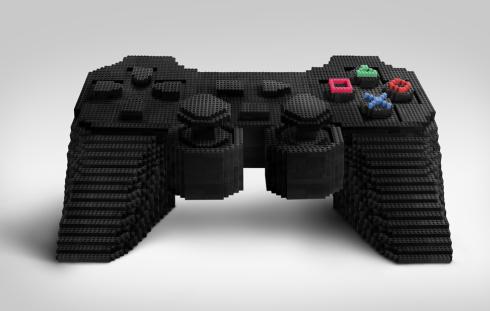 The controller seems to have been made of Lego blocks and its simplicity and visual appeal tells the viewer that PlayStation is simple to use, has style and class, and that it translates to the user being “cool”. It is a great way to position PlayStation and its PS3 as a known product in Chile and that the PS3 is just about the right choice for any video game player.On the other hand, it could also be about promoting Lego blocks!

Though the Lego PS3 Controller looks simple and easy to build, it can actually get more expensive than the real product when it comes to building something like this totally in those adorable blocks. After getting a glimpse of this cool PlayStation advertising poster, Chilean video game fans would certainly not think of other consoles except the ones by PlayStation. You could also check out the Best PS3 Commercial that we wrote about some time ago or Solid Snake’s Lego Gun.