Hideo Kojima, former vice president of Konami Computer Entertainment Japan, head of specialized team Kojima Productions in the present time, and creator of many successful franchises like Policenauts, Snatcher, and (this one concerns us especially) Metal Gear, has taken part on his company’s official podcast (translated by Andriasang) to answered some questions from fans regarding ongoing projects.

The interview’s trick was that Kojima would only answer questions with “Yes” or “No”, so as to not spoil Konami’s marketing plans for the near future.

When asked: “Are you planning something big for Metal Gear’s 25th anniversary next year?”, the answer was: “Yes”. 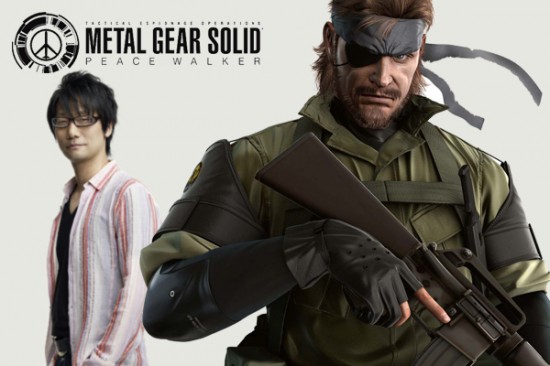 Does anybody else thinks he kinda looks like Otacon?

What do those plan consist of, I wonder. Will it be some kind of event to assist to, like a big parade with costumes and such? Maybe a presentation of a new game, or a graphic novel. Oh, I know! How about a remake of the old Metal Gear NES titles? Dammit, I hate waiting.

We can only assure what Kojima has confirmed or denied with his “yes” and “no” answers for now. For example, that no plans for a Metal Gear 5 are underway (sob). Or that MGS Rising’s multiplayer will not be shown, or that MGS4 will not be ported to the NGP.

But, oh well… We still have a year before Snake turns twenty-five. Check out this Metal Gear: Peace Walker Remaster for PS3, or these Ultimate PS3 Mods and Design Collection that include a MGS4 PS3 mod in the meanwhile.