Are these leaked photos a confirmation of the true name to Sony’s next PlayStation Portable outing, the NGP? Hit the jump to find out the current developments. 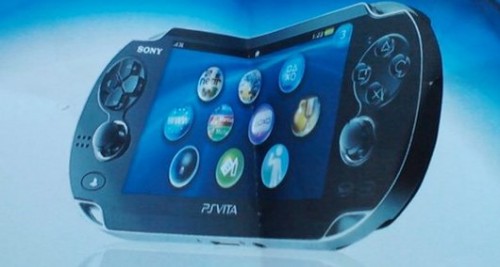 What’s in a name – for Sony and their second attempt at a gaming dedicated handheld, that existential question is an all too important one. Sure, Next Generation Portable is an apt description of what’s to come — but it’s hardly something you can slap on a box and call it day, and considering how PlayStation Portable 2 doesn’t quite wash away the bad taste of failure that the original PSP was – it just won’t do either.

A good approach for Sony might be to don their next PSP successor with an exciting new talk-of-the-Twitter name. Perhaps, something along the lines of what the latest rumors are now reporting, because hot information from anonymous sources claim that the official name for the NGP will be the PlayStation Vita.

A quick Google Translate says that “Vita” means “Life” in English – certainly an element that many critics say is desperately needed in abundant amounts for the struggling PSP brand.

The buzz around this developing story gets even crazier with the fascinating addition of new leaked photos (above) that are accompanying the reports. Found by the relatively unknown blog-site GamesPundit, the two images in question show what seem to be an E3 proof sheet (which is like an informational brochure) for the NGP and its new Vita logo displayed proudly on it, both in writing on the proof sheet and on the handheld itself.

These images sure do cut the not-fake mustard, don’t they? Although they still could be a clever ruse by internet pranksters, so it’s probably best to apply the strong rumor tag for the time being – something that is not going to be so simple to do, because when upon further investigation, a valid domain for the name “Vita” can be found that links directly to a Sony Computer Entertainment Developer Network website.

As for the name “Vita” itself, personally it is quite the interesting choice. A bit silly? …maybe. But Sony does have a penchant of being really ornate when it comes to naming their electronics, like the name “Vaio” for their line of laptops. One thing I would love to know honestly – and I’m sure everyone else is too – is whether it’s pronounced “vee-tah” as in vehicle or “vi-tah” as in vitamin.

Too bad we might not learn that answer until E3 this June 6 – that is if this incredibly intriguing rumor is true.