It might not have the name Contra, but Hard Corps: Uprising brings old-school difficulty to the high definition gaming generation with style. 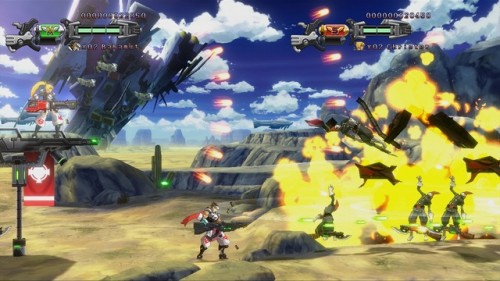 After getting a hold of Hard Corps: Uprising, you might easily with the slip of the tongue call it Hard Core: Uprising instead. Konami’s newest side-scrolling run and gun game, for the PlayStation Network, is a modern call-back to the age of video games that kicked the player in the teeth with a brutal difficulty. Not only does Uprising successfully commit to this player-punishing stance, it also has the lineage to back it up too.

Hard Corps: Uprising is part of Konami’s fabled Contra series, which has generally long been known for assaulting players with a barrage of bullets and enemies from every corner of the screen. This title specifically is a prequel to Contra: Hard Corps; the first Contra game for the Sega Genesis that also introduced selectable characters (one of who was a werewolf with a cannon for an arm.) 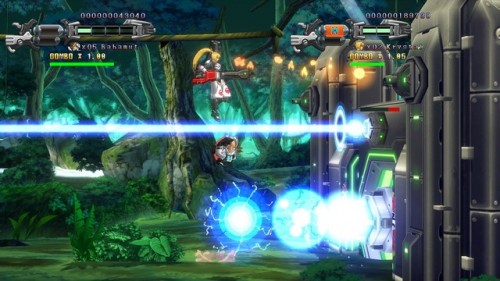 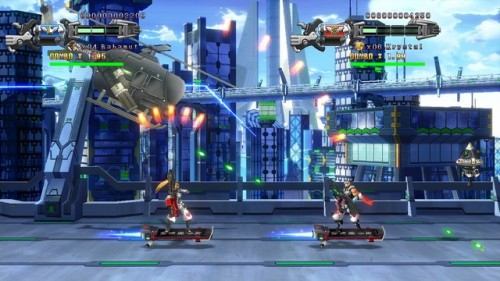 This time though, instead of Contra: Hard Corps’ traditional 16-bit pixel graphics, Uprising uses an Anime-style visuals for its two gun-towing protagonists, on-screen enemies, and high definition backdrops – all brought to you by the creative minds behind the Guilty Gear and BlazBlue series – Yokohama, Japan located Arc System Works (the sole developers of the game.)

Along with the jump to a different style of graphics, Arc System Works is giving players two ways to play Hard Corps: Uprising, with two different game modes that will please both the retro-gamer masochist and the baby-game loving crowd (which I happily represent!) The game modes are called Rising and Arcade; Arcade being your standard Contra vacation-through-hell difficulty experience (available in either offline/online two player co-op.) 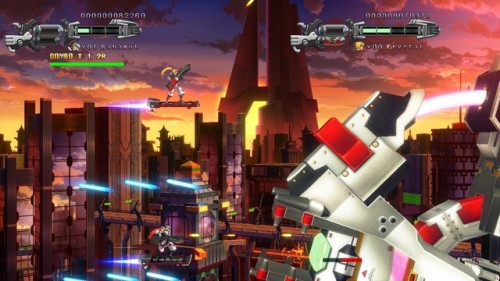 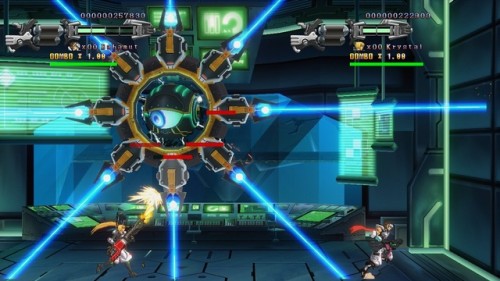 Meanwhile, Rising mode centers around the player grinding score points, like in a role-playing game, to then be used at power-up shops to buy special upgrades and customizations for weapons, armor, and character abilities. If anything, this really helps balance out the grueling difficulty curve for Hard Corps: Uprising, and thus happily results in fewer broken controllers (and those things don’t come cheap as is.)

Hard Core…err sorry, I mean – Hard Corps: Uprising is now available on the PlayStation Store for a solid $14.99 – oh and while you are there – you can check out PixelJunk Shooter 2, or better yet, how about generously giving a extra few dollars to the Japanese earthquake and tsunami relief effort through the PlayStation Store.