Get ready to turn the volume to eleven next week, because Sony is releasing the ultimate sound system for the PlayStation 3. 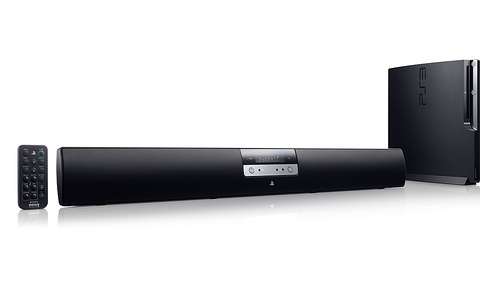 It’s probably the goal of every nerd to achieve the perfect entertainment set-up. A combination of a flat-screen television, video game machine, blue-ray player, and sound system to form The Voltron of media hubs.

Of course, there’s always a snag to such aspiring dreams. Besides astronomical price, the knowledge of how to assemble an entertainment center has always been a tall bar to get over. It’s almost a bomb-squad task just to deal with the frustrating mess of wires and connections to this machine or that.

Thankfully the times, they are a changing.

As anyone with a PlayStation 3 knows, sticking in brand with other Sony products has some pretty neat benefits. Like being able to turn on your PlayStation 3 with just your Sony flat-screen TV remote, or even share and play any media content between Sony branded laptops. Pretty sneaky sis! 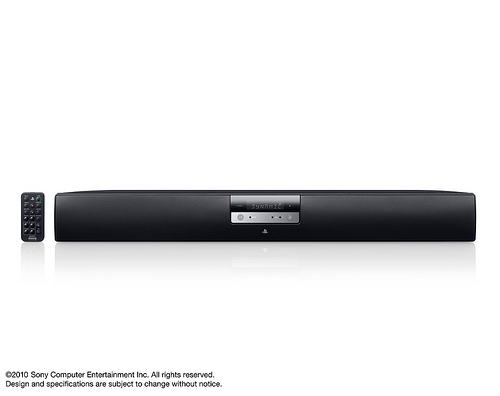 The installation is simple as a McDonald’s placemat. Just connect your PS3 console to the Surround Sound System by means of an optical digital cable – yeah, that one little square-ish port behind your PS3 you’ve always wonder why it was there for in the first place – well, now you know.

And because of the Surround Sound System’s long shape, it easily fits under you flat-screen television, so now you don’t have to worry about moving your entire game collection just to make ample space (whew!)

The technology that makes the Surround Sound System perform so great (audio wise) is the integration of Sony’s proprietary S-Force PRO Front Surround Sound, that recreates the equivalent of a traditional five-speaker surround sound into a modest-sized sound bar.

Basically, you get theater quality sound for your entertainment room, and better yet, at an affordable price that won’t have you getting a second job just to purchase it.

Impressively, the Surround Sound System is priced at an affordable $179.99, and is available from your favorite retailers (Amazon, Wal-Mart, Best Buy, etc.) starting next week in both the United States and Canada.

Looking for some other kick-ass accessories for your PlayStation3? Then check out this submachine gun attachment for the PlayStation Move, or this sleek gaming headset.